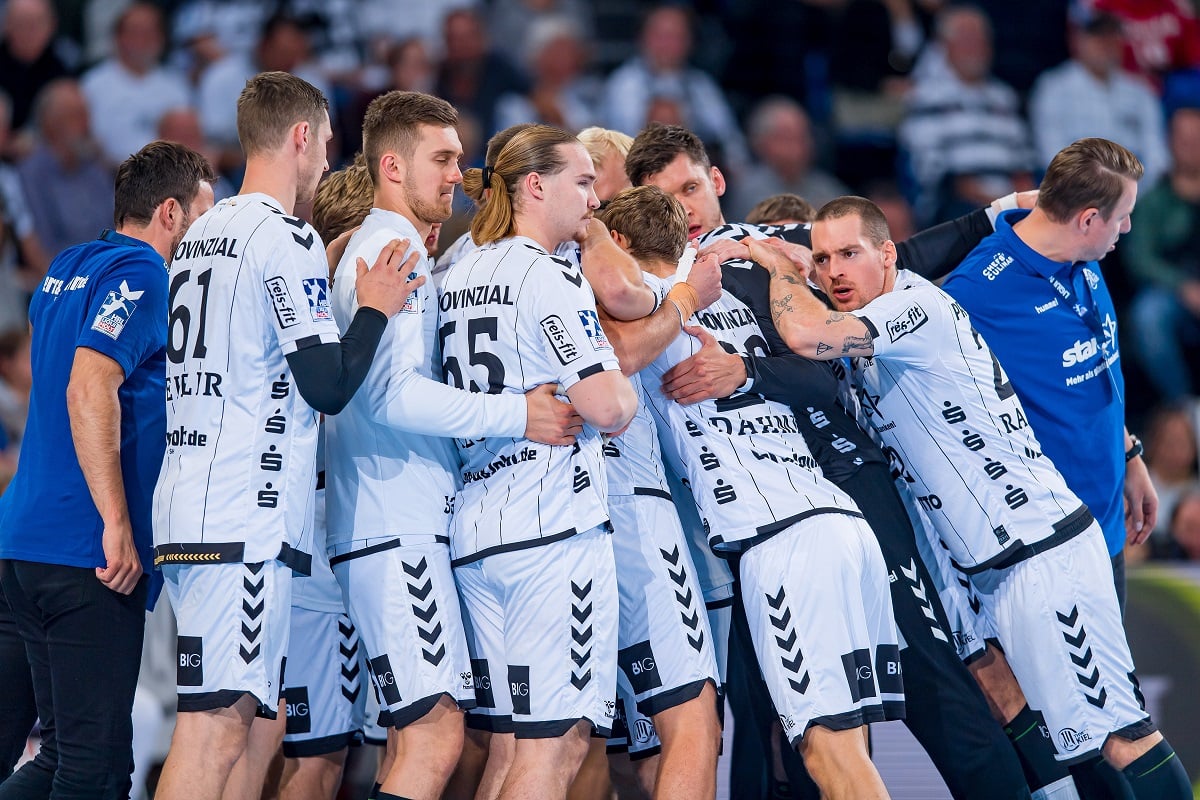 THW Kiel won the German Championship for the 21st time, but for the first time trophy on Baltic Sea wasn’t welcomed by thousands of fans at main city square.

The “Zebras” won the title seven matches before the official end of the season, as the leading team ahead of SG Flensburg Handewitt, who had two points less and a match more.

This is the first trophy in coaching career of Filip Jicha who succeed Alfred Gislason on that position.

The way of celebration have been team’s flag which practically showed who is the biggest brand of the city on the German North.

At least our flags are waving above the famous balcony at Kiel’s town hall: Thank you @kiel.de for your congratulations! Hopefully we will be back to have a big party with you and our supporters next year! #WirSindKiel #NurMitEuch #KIDM2020