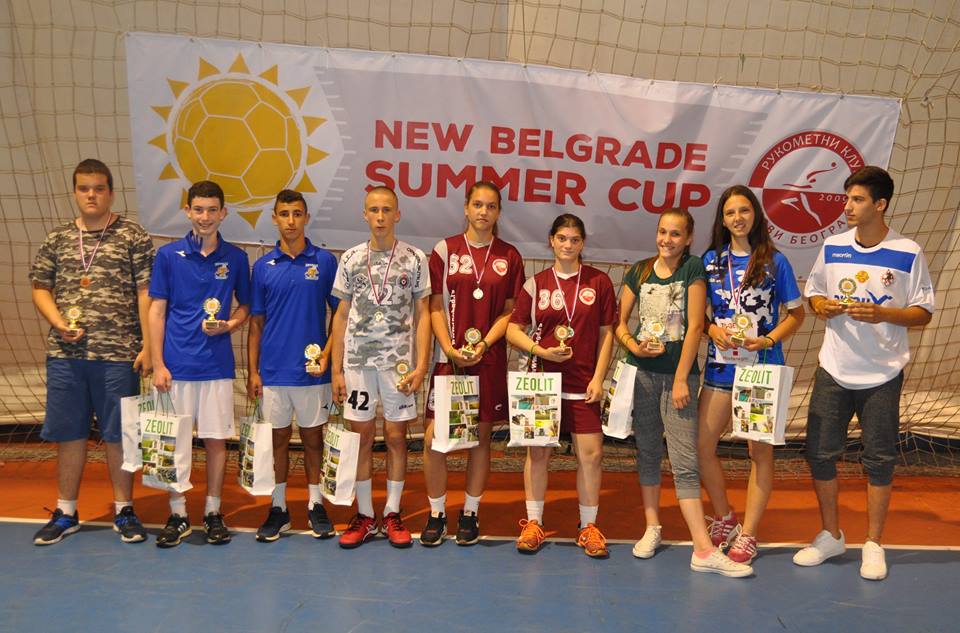 Handball Club “Novi Beograd” and Sport Agency “Sport plus” organize the 2nd editon of  International handball tournament “New Belgrade Summer Cup”. The tournament will take place in Belgrade, in the period from June 26 to June 28, in three age categories: boys and girls born in 2001, 2003 and 2005 year.

Last year, the tournament hosted 25 teams from 5 countries. This year we are expecting  more than 50 teams. All games on the New Belgrade Summer Cup tournament will be played in 4 sport halls: Hala Sportova, Hala Pinki, SC Master and Posco Arena.

There will be a lot of tournament innovations, we will list a few: playing with the official tournament  balls, individual prizes for the best players in each game, livestreaming of all matches and much more!

“New Belgrade Summer Cup” is the tournament in which male and female handball players will summarize the ended season and play for one more trophy.

There are already 36 teams from four countries:

Organizers invite all the teams to aplly for the tournament by filling the online registration form on the official website www.handballsummercup.rs.