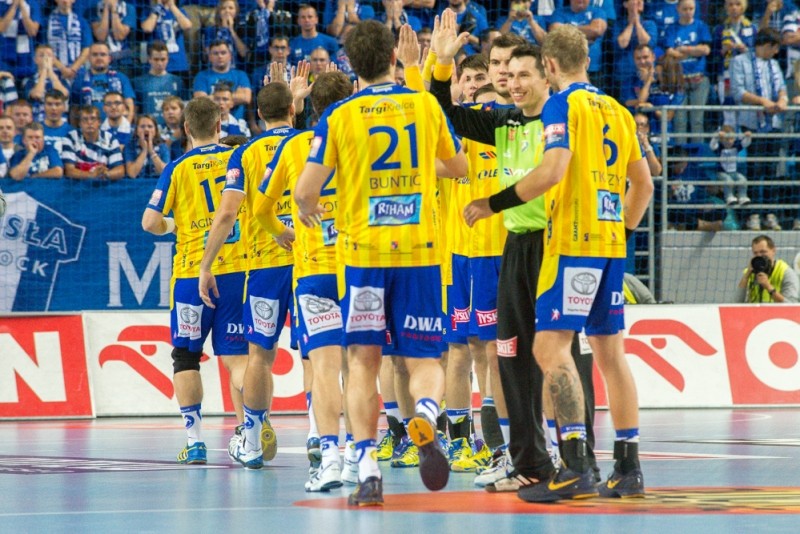 Share
Tweet
Share
Share
Email
Comments
Vive Targi Kielce won against FC Porto Vitalis 35:30 and thus they ended the series of defeats in Champions League. After three surprising defeats suffered before the break, Kielce team and their fans hoped that this unfortunate situation would not last anymore. New coach, two victories in the Polish league allowed to believe it was all getting back on the right track. The beginning of the game was very promising as Porto could not break through Kielce defence or stop their attacks. Very good job was done by Piotr Chrapkowski who was the author of the first fours goals for his team. It did not last for long though – after a 2 minute suspension for Buntić, Kielce slowed down a little. As a result, in 11. minute Porto made the result even. Polish Champions needed a moment to get themselves together and gain a considerable advantage. However, they did not play well being in a powerplay (or double powerplay) or – at the end of the first half – in attack and they took only 2 goal lead to the changing room. Second half also began well for Kielce; it took them 10 minutes to lead by 8 goals, but Porto again started catching up. Polish team’s biggest problem was Gilberto Duarte who did with the Polish defence what he wanted. It was not enough though and Kielce, despite all those worse moments during the game, won. Top scorer for Kielce was Karol Bielecki (8) and for Porto Duarte (9).