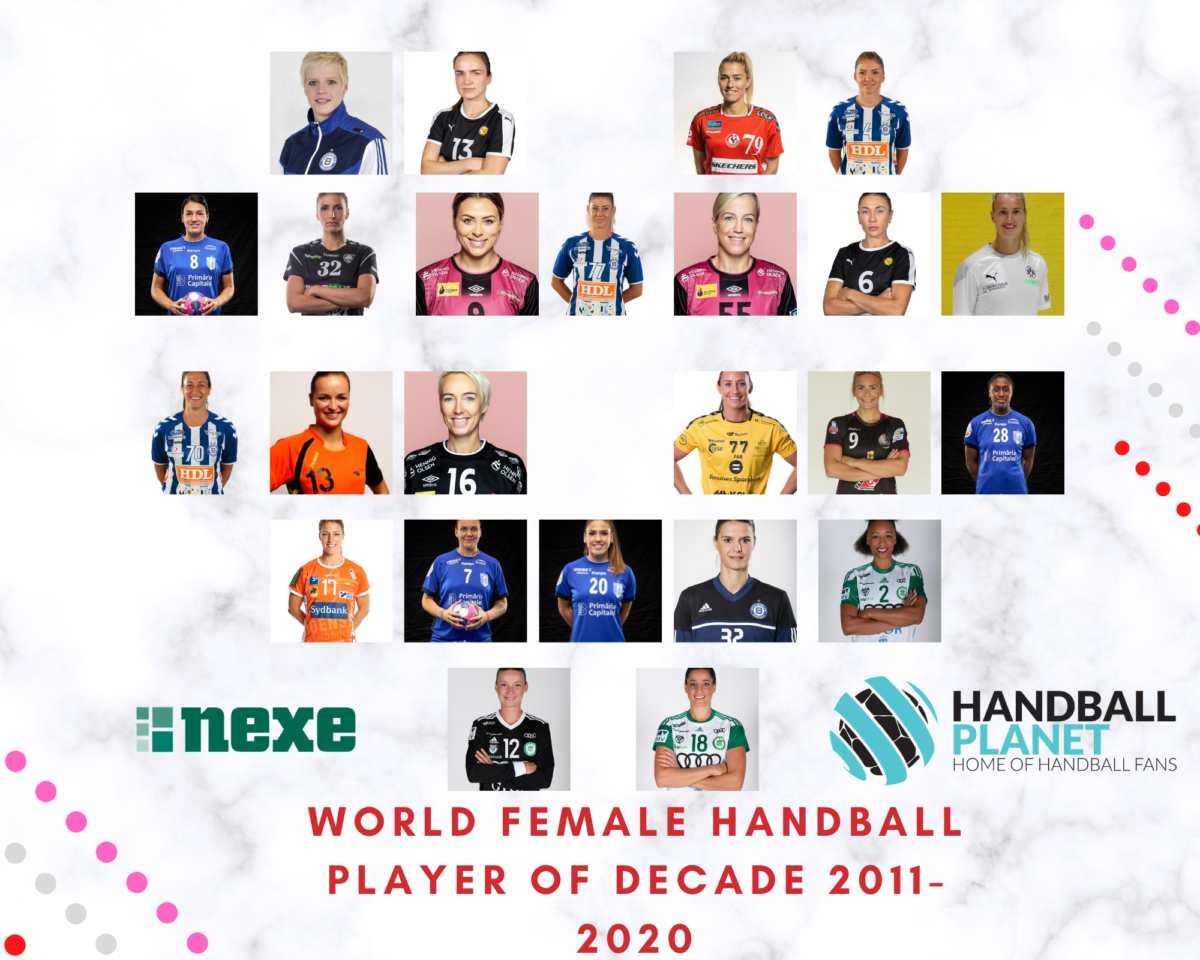 Who is the World Handball Female Player of the Decade? Who are the BEST 8 players of the World of Women’s Handball in the last 10 years? After nine years of work on the World Handball Player project, Handball-Planet.com is ready to make a conclusion of the 2011-2020 period.

Since 2011 Handball-Planet Jury consisted of our colleagues, journalists-specialists from all over the World, making nominations for the World Female Handball Player for each position (7 + defensive specialist). These nominations are then divided into the Polls in which handball fans from all over the World can support their favorites players. It’s not only on support of the fans, as votes power are divided between the journalists and the fans, to make the best possible result at the end.

Our Jury for the 10th year of our project will be extended for very obvious reasons. Handball-Planet.com wants to make the most realistic and reliable voting which will include all groups in our sport – coaches, ex-players/legends, journalists and fans. Seven world-known faces from all of these groups will join Handball-Planet.com JURY.

In respect for some previous and current generation of players, Handball-Planet.com made the decision that nominations for the World Handball Player of the Decade have to be based on the number of nominations which players had since 2011. As our visitors know, four players per position have been nominated for every single Content in the last nine years.In total, 89 players deserved to be a part of our project until now. The record holder is Jovanka Radicevic, who has 8 of 9 nominations ahead of Heidi Loke (7), Dragana Cvijic (7) and Katarina Bulatovic (7).

Three players on each position with the biggest number of nominations have got the chance to be a part of the World Handball Female Player of the Decade.

Among 24 players there are 2 retired.

In a situation when two or more players had the same number of nominations (for example Brattset, Broch, Manea, Gravholt – Edwige, Jacobsen and Dulfer), decisive was a better position at the end of Voting for that year.

Starting from October 28, visitors of Handball-Planet.com can vote for the World Handball Player of the Decade. In the second week of Voting, we will start to present TOP coaches, legends and journalists who will join our Jury and publish their votes.

The end of voting process will be on December 15.