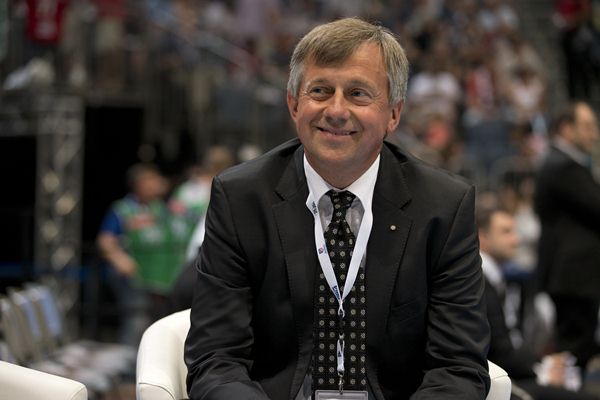 European Handball Federation got a new president Michael Wiederer at EHF Congress in Vienna held on 25th Anniversary. Here is the conclusion of the voting process – the list of Executive Committee members.
Executive Committee

Nominated by the Austrian Handball Federation, the EHF Secretary General – in post since 1 September 1992 – was unanimously elected as the new EHF President. His confirmation as president was greeted with a standing ovation from delegates present in the auditorium.

Anrijs Brencans (LAT) withdrew from the election. Predrag Boskovic (MNE) as the only remaining candidate was confirmed as Vice President.

As the only candidate, Henrik La Cour was confirmed as EHF Treasurer,

Eliasz as the only candidate was re-elected for the next four year period unanimously.

The first electronic vote by Congress was won by Ole R. Jørstad against Sinisa Ostoic (CRO). Jørstad continues as chairman for a further four years.