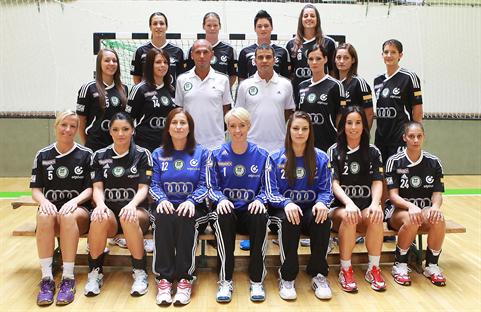 Handball-Planet.com visitors opinion is that Hungarian Gyori has the biggest chances to win the Women’s EHF Champions League this season. Over 69% percent of handball fans think that “dream team” from the Western Hungary has the best squad for most important part of the season. Their rival at semi-final, Romanian Oltchim is the second favorite to write a history with 16% of all votes.

It seems that second semi-final clash between Larvik HK and Krim Mercator will be the “match of final loser”. Less than 10% of all voters think that Norwegian top team is capable to win the EHF CL, while Krim Mercator is some kind of outsider with 6%…