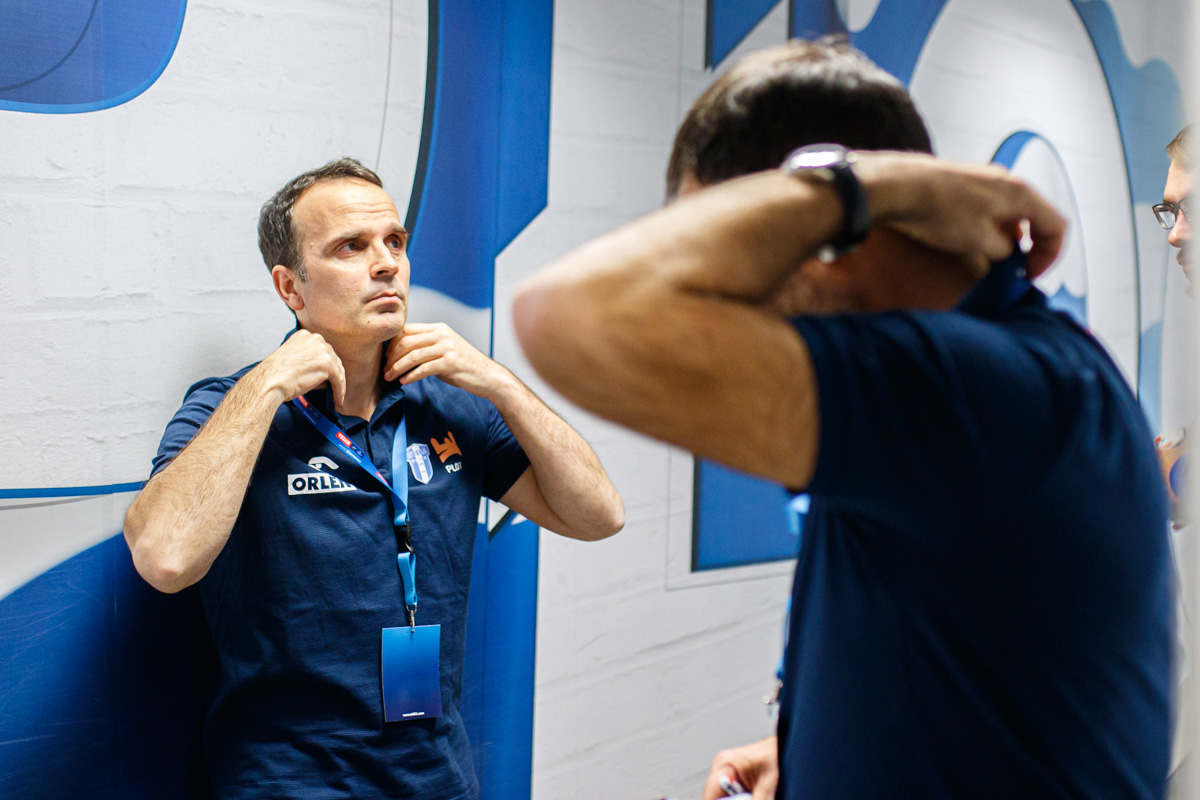 The Spanish coach Xavi Sabate is the new head-coach of the Czech Republic national team!

“First of all, I would like to thank coach Trtík, who did a difficult task very well and managed to prepare the boys for both the qualification and the European Championships after the turbulent period when we did not go to the World Championships in Egypt,” says Czech handball president Ondřej Zdráhala. “The cooperation between the new coach and the implementation team will not only consist of training the A-team, but also in close cooperation with the head coach of the boys’ TCM team. We can enrich our education system with elements of the Spanish school and at the same time improve the individual training of individuals both tactically and technically. ”

The concept of supporting the development of future representatives appealed to Sabate and played a role in accepting the offer. “I believe the vision the union has. I like it and I will do everything to help achieve the goal, “adds the head coach. The goal will be related not only to the performance on the field, but also the results, as well as the transfer of experience to the coaches, whether in the form of seminars, close communication or internships in Płock.

“I firmly believe that the change will bring a new perspective to the game elements we already know. We all realize that the Spanish style of handball is specific. I hope that it will only bring our team good, we will move our game a bit further and we will all benefit from it. I’m looking forward to it, “comments national team captain Tomáš Mrkva. “The motivation remains the same. We want to win every match, in this case it doesn’t matter who is sitting on the switch. ”

One of the main goals of the upcoming cooperation will also be the education of implementation teams. “We need as many quality coaches as possible in the Czech environment, and if we have them, we will train quality handball players. It is not just about the width of the base, but it is mainly the training process that decides, “points out President Ondřej Zdráhala. “The goal is for Xavi Sabate to enrich the system of training talented youth with elements that we may not even know and can help us get to the top of the world,” he adds.

Of course, goalie specialist Martin Galia also remains in the implementation team. He was also on the bench during the last European Championship, where the Czech team barely advanced after the victory over Bosnia and a draw with Sweden from the ‘death group’. “First of all, I would like to thank Rasť Trtík for being a part of his team. I think we did a very good job both in qualifying and at the European Championships. I take the exchange so that I will be part of the next implementation team and I am very happy for the chance. I’m looking forward to working with you, it’s another opportunity for me to learn something new in my beginning coaching career, “he says.

What is his view of the Spanish coach? “I know he’s been in the environment of top club handball for many years. He was with the Hungarian national team, he also coached the local Veszprém, he also got engaged in Germany. He is a coach who follows the trend of world handball. He has been working for a long time in Poland, where he and Wisła Płock are fighting for first place in the Super League, ”adds Galia. “We have known for a long time that Spanish coaches are at the forefront of world handball, at the same time they train in the best clubs in the world. I think it will be a benefit from a coaching point of view. ”

Assistant coach Jan Běloch will also play a major role in the newly formed implementation team. “I should ensure continuity across the system. I will also be in charge of monitoring the players and lowering the language barrier. I am glad that I can be part of the process and contribute to the interconnection of the two systems, ”looks forward to the assistant. “The Spanish school is quite possibly the most famous. In my eyes, their defense is the most sophisticated in the world. At the same time, I believe that in the first phase of preparation for qualification, we will manage a smaller amount of time. The team has a lot of automatisms learned, it also showed a great face and character. ”

Stanislav Kašpárek has close experience with the new coach, who experienced him as a rival in the Hungarian highest competition. “I know what he’s like. I registered him as a coach. He went through quality clubs, which he now proves in Płock. Behind him is a job well done. He is a quality coach in his place. It is an honor that he is interested in representing the Czech national team as a coach. ”

What can the Spanish school represent? “It’s about tactics, thinking. The new coach will bring his elements to our game, at the same time we have something learned. We will have to put everything together and meet our needs. I believe that we will sit down and fight for success together. It can definitely open the eyes of some boys to know how to work with a coach with a huge reputation, ”Kašpárek continues.

The national team will be waiting for the first preparatory camp with the new implementation team on Wednesday, March 13, and a month later they will enter the qualifying round to advance to the 2023 World Cup with Northern Macedonia.

“The goal is clear. We have to settle everything quickly, we have to create the conditions to succeed”