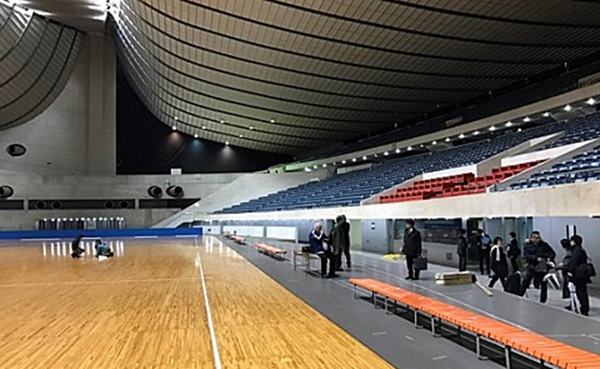 Just over three years before the 2020 Olympic Games in Tokyo, the IHF delegation visited Tokyo to inspect the Yoyogi National Stadium – the venue for handball at Tokyo 2020.

Yoyogi was built for the 1964 Olympic Games in Tokyo and quickly became an architectural icon for its distinctive design, by one of Japan’s most famous modernist architects, Kenzo Tange.

The stadium sits in what is called the ‘Heritage Zone’, an area comprising of numerous buildings from the 1964 Games that Tokyo will refresh and reuse for 2020.

A ‘Tokyo Bay Zone’ is the second of the two zones in the city which will host the first Olympic Games influenced by the Olympic Agenda 2020, meaning that Tokyo 2020’s venues will not all be held together in a park or cluster, but distributed around the city.

JHA President Yoshihide Watanabe, who is also Asia Representative on the IHF Council, joined the delegation too and along with Tokyo 2020, will form part of the trio of involved parties in handball at Tokyo 2020 – the IHF, JHA and Tokyo 2020/Tokyo Organising Committee of the Olympic and Paralympic Games (TOCOG).