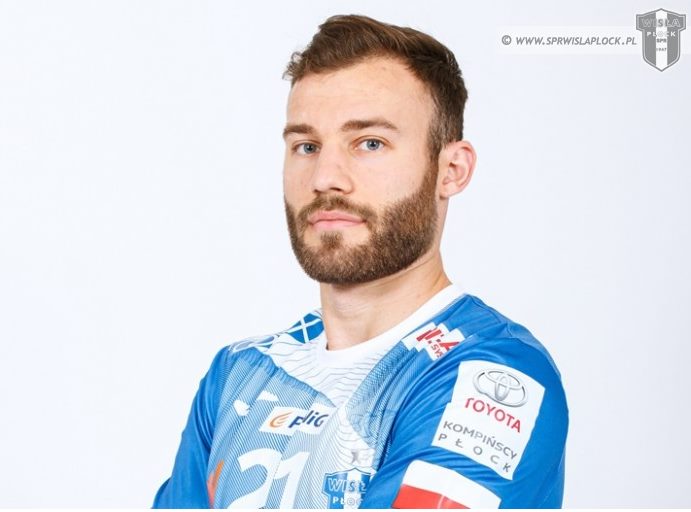 Zoltan Szita will stay at ORLEN Wisła Płock until summer 2023! The Hungarian left back extended deal with the Polish vice-champions, where he came in 2019.

Already in his first season in Płock, the 22-year-old became an important element of the puzzle of coach Xavier Sabate. Despite prematurely ended games, he played in 33 matches and scored 101 goals.

– I am very happy to be part of this team. This is a great place to improve your skills. I feel very well in Płock. In the team, I have excellent relations with each of the boys and I am happy to spend every moment with them – says Zoltan Szita .

– Each of us has their tasks on the team, but I feel that the coach trusts me. Last season I spent a lot of time on the pitch and I always tried to do my best. Hope to be able to keep this level. I am very excited. A difficult season is ahead of us. I hope we will celebrate a title together with our fans. This is our goal, that’s what we play for and that’s what we fight for – emphasizes Zozo.

– Zoltan is the player we want to base our team on in the coming years – says sports director Adam Wiśniewski . – The first season at ORLEN Wisła was very successful. He helped both in attack and in defense. We could always count on him in important matches. The coach Sabate was also pleased with his attitude and it was a natural thing for us to propose a new contract.

– For several months we have been working intensively on the shape of the team for the 2021/2022 season. Our activities include not only contracting new players, but also extending existing contracts. Our goal is to keep the core of the team and complement it with players who will improve its quality. As already mentioned, Zoltan is one of the players we want to tie our future with. As for the remaining positions on the pitch, the goalkeeper position remains a clear priority, because as you know, Ivan Stevanović announced the end of his career – said the president of SPR Wisła Płock Robert Czwartek .