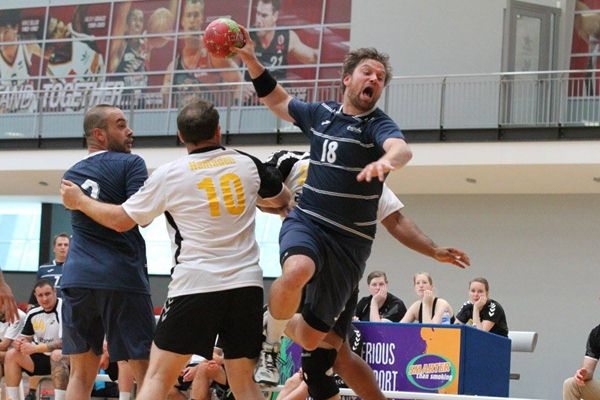 The winner of the men’s competition will qualify for the club world cup, called the Super Globe. It is held in Qatar where they will face professional clubs such as Paris Saint-Germain and FC Barcelona. “Good news”, said Bronwyn Thompson, Secretary General of Handball Australia, “the OCHF has endorsed the Club Champs as the Men’s Oceania qualifier for the Super Globe.” For this year, the second edition of the AOCC, Handball VIC is proud to announce that significant funding has been secured from Sport and Recreation Victoria. “We are very happy that Sport and Recreation has recognised our hard work and efforts with the award of a grant to make our tournament even better than last year”, said Sebastian Bures, Head of the Organising Committee & Government Relations.

“Importantly, this event aims to bring together the entire handball community and is open to all handball teams in Australia and Oceania, regardless of ability”, remarks Bures. Speaking of ability, there will also be an exhibition match of Wheelchair Handball on the Saturday. “To date 16 men and women teams have confirmed from all around Australia and as far as New Caledonia and New Zealand”, said Niddhi Mehta, Project Manager.

The Victorian Olympic Council also indicated their support. Warwick Waters, Executive Director said, “The Victorian Olympic Council encourages Victorians to get down to see the exciting sport of Olympic Handball in Geelong during the 2017 AOCC not only to witness this fast paced ball sport at the elite level, but also take the opportunity to give this Olympic sport a go for themselves.”

The competition will run from Thursday, the 11th of May until Sunday, the 14th of May with games starting around 10 am until 7 pm. Finals will be played on Sunday. Admission is free for spectators and schools. Kirsten Lange, President of Handball VIC, said: “We are inviting interested schools to come down and experience the exciting sport of Olympic Handball. We are planning ‘Come and Try’ activities for school children and a ‘Meet and Greet’ with National players.”

To find out more about the 2017 AOCC visit website www.handballaocc.com.au