ASIA 2016: Bahrain and Qatar for the title! | Handball Planet 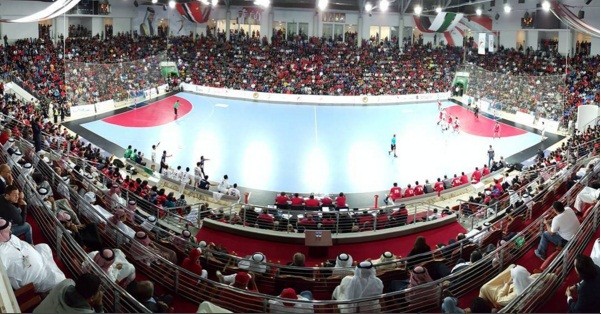 The semi-finals of the 17th Asian Championship did not produce any surprise: Qatar and Bahrain will play the final match for the title (replay of 2014 final), while Saudi Arabia and Japan will compete for the bronze medal.

Despite strong effort in the first half, Saudi Arabia, without some key players, did not have sufficient power to resist Qatar. After solid first-half display of Saudi Arabia, Qatar locked the defense in the second half. Inspired by several brilliant saves of Goran Stojanovic, Qatar was conceded only 4 times in the second 30 minutes. Final result 22:13 (12:9) clearly indicates Qatar possesses more quality at the moment.

In the second semi-final match, host Bahrain had no problem with Japan, winning 29:23 (15:10). Bahrain got solid advantage over Ortega`s side after first 15 minutes and managed to keep it until the end. Japan had no chance for return. At the final seconds of the game, Bahrain goalkeeper Mohammed Hussain managed to score the last goal for his side, making thousands of fans in Khalifa Sports City absolutely jubilant.

IHF president Mr Hassan Mustafa arrived to Bahrain and watched both semifinal matches in Isa Town. It is clear top four teams from the Asian Championship have qualified for the 2017 World Championship. The final games will be played on January 28th in Khalifa Sports City hall.
TEXT: MARKO SELAKOVIC