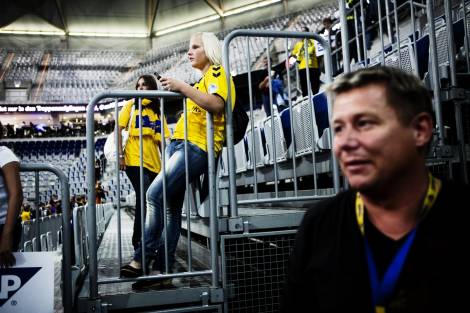 One of the guys who made earthquake in handball world in last decade by supporting Rhein Neckar Lowen and AG Copenhagen, Jesper “Kasi” Nielsen announced possible come-back in handball inspired by the project of World Handball League – Premier Handball League, planned to start in 2019.

Nielsen project is named as “AG Amazing Copenhagen”, the team who should represent Denmark in Premier Handball League which will consist 12 teams from all over the world.

– The objective is to handball to become Europe’s second largest sport. The football is of course impossible to touch. Handball should become the leading arena sports. I believe that there can be big money to be made both on the TV and advertising agreements, says Jesper ‘Kasi’ Nielsen for TV 2 SPORT.

– Much of what Federations are doing goes up in politics and exploitation of the players and not commercial things. If we are to succeed with such some sports leagues, we have seen in the American model, so it must be very commercial. And that is what the aim of this league. It must be commercial and extremely attractive for spectators, sponsors and TV stations, says Jesper ‘Kasi’ Nielsen and adds about EHF Champions League.

–  It is incredibly exciting and a nice arrangement. But I think there are too many competitions for players. They will both play in the European Cup, they will play in the Cup and the national tournament. And then there are the international championships every year. I therefore think that the product is diluted. Players become too overexposed and tired. Aim is you don’t play very many matches, but when you do, it is of extremely high quality.

– It is certainly one of the things that we will not stop, because I think that the international championships like the Olympics and the World Cup is really important for our sport. If not every year, then at least every second. This private league should be seen as a way to protect players and enhance the quality of the handball, we must look at – concluded Jesper Nielsen.