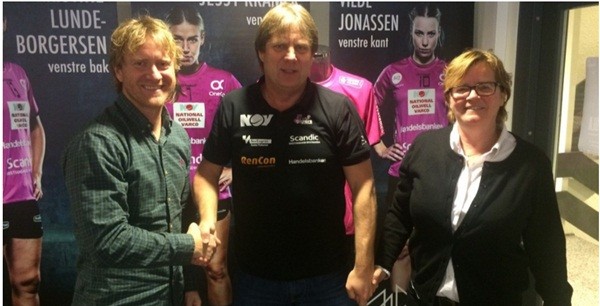 The new force in Norwegian handball, Viper Kristiansand have a big plan for the future. General manager Terje Marcussen made a small earthquake with the following statement:

– I’ll run naked around the hall if we do not take the better of Larvik within three years – said ambitious manager after his team lost against the unbeatable Larvik 18:32.

Legendary Larvik left back Gro Hammerseng-Edin added on this:

We just think it’s fun that anyone taking up the glove and decide to challenge us. But, they have to make much more than just buying Linn Jorum Sulland – smiled one of the best Norwegian player ever.

We will see how serious plans has ambitious Norwegian club, currently fifth in domestic Championship. Will Sulland will be the only one or we will have a real revolution until 2019?