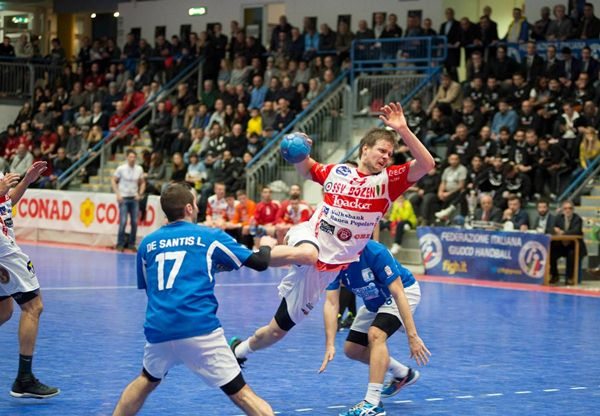 Bozen, Romagna and Junior Fasano are the first three teams to take part in the Italian Serie A semi-finals. The 5th Poule Play-Off dayhasgiven out three out of the four passes to the qualification for the Play-Off, while the last available place has yet to be assigned.

Bozen obtained the qualification by beating Forst Brixen in the Alto Adige derby: 29-21 was the score at the end of the match. Romagna and Fasano also got to smile for their victories, respectively against Dorica (28-15) and Città Sant’Angelo (32-24), increasing to 5 their positive streak in asmany Poule Play-Off games.

Nothing is set in stone regarding the qualification for the play-off match to be held on the 28/29th April and 1st May in Teramo, when the 2nd placed teams of the three Italian league groups are going to face off to earn the last spot for the semi-finals. The only team that has already secured its place in Teramo is Terraquilia Carpi, that won 24-20 against Ambra. Trieste’s victory over Pressano (26-21) and Conversano’s success against Albatro after the penalties have made the 6th day crucial for Group A and C.

Next Saturday will see the conclusion of the Poule Play-Off, and Trieste- Pressano match will be live streamed on “Pallamano TV” (www.pallamano.tv), the Federazione Italiana WebTV.