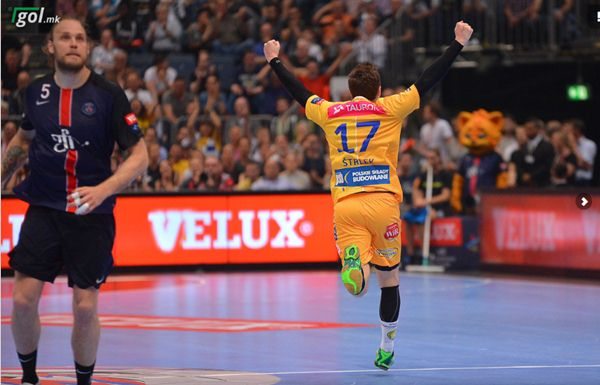 Paris Saint-Germain’s pivot, Igor Vori, ending the EHF Final4 semi-final match with a red card at the start of the last minute and he shut down his team chances for the place in the finals…

– We played a perfect 5-1 in the second half, but the couple lost balls, accidents, penalties and at the end we were defeated. We had a chance to runaway in the score. I can not get rid of the impression that every time a team that came for F4 little … maybe I did not see well, but – said Vori alluding to the judges and their decisions, commented:

– I did not intentionally hit him. I raised my hand and caught it, but it’s part of the story that I mentioned. I got twice Jurecki’s elbow and nothing. From our side everything was two minutes suspensions, on the other hand – nothing. We did not take our chances, too bad. We came for the first time on F4. We played well, we were ready, but we missed luck.

Manuel Štrlek, the hero of the match, with two goals in the last two attacks of the Polish team :

– That’s what we adorned the entire season – the team spirit. This is the most mature team since I was in Kielce. No time to relax, our focus is now on the finals, there must be no euphoria. It was true fight, which is normal, when such a large stake. We must stay to the ground and calmly wait for the next day. I do not pick rivals, better should win and then we’ll see – concluded the Flying Croat.