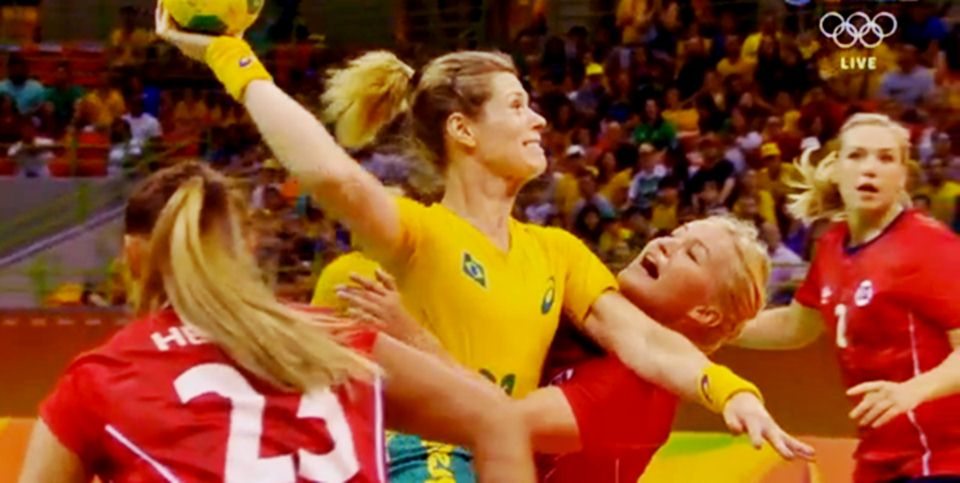 Four days of the Olympic handball tournament are behind us. Some questions become more important than at the start of adventure at Future Arena in Rio. Here is what Handball-Planet.com thinks about….

COULD BRAZILIAN MEDAL PROVIDE A HANDBALL BOOM IN SOUTH AMERICA?

It’s very nice to see passion of Brazilian fans at „Future Arena“ for their team and handball in general. Our sport made a huge step in one of the biggest country on the Earth. Girls won the world’s gold in 2013 in the most visited female handball match in history – in front of 20.000 fans in Belgrade, but still the sucess on home soil would be a real boom for the future of handball in South America.

Despite sometimes critics with the right point about the home teams and their „advantage“ in front of domestic fans and international officials, girls in yellow t-shirts are close to do that even without any kind of support. The men’s team, as we can see, it’s a little bit far away from it, but still competitive and „in the game“.

ANYONE READY TO BEAT FRANCE?

The French team is going slowly into the tournament with a win over Tunisia 25:23 which put doubt on their form, but the next match showed their real face. Karabatić and Co. gave against Qatar 35:20 the most impressive 30 minutes on the tournament so far. How many teams can play on that level? Germany, Denmark, maybe Croatia?

„This is not old Angola. This is a new team“, concluded Montenegrian coach Dragan Adzic after defeat of his team against African girls. Angola’s girls beat Romania and Montenegro, medals’ holders and give an example to the other non-European teams in Rio.

Last night, Sweden lost against Egypt. Three African wins over Europeans in four days. Are they ready to play this game until the end?

ARE RUSSIAN GIRLS STRONG ENOUGH TO GET BACK ON THE THRONE?

The finalists of the Olympic tournament 2008, Russian girls, are again TOP team. Charismatic Evgeny Trefilov, finally, has the roster ready to play against Norway or any other team who is fighting for the three-level podium. Where is the place for Vyakhireva and other Russian girls?

HOW TO GET NEW HANDBALL MARKETS?

On August 9, Handball-Planet.com has the most visits from Poland, and then, from Japan. Olympic tournament is the right place to attract new fans to handball. Do we know any official or hidden strategy of“ handball goverment“  to come into the „non-handball markets“ as USA, GB, Japan, Australia, etc?