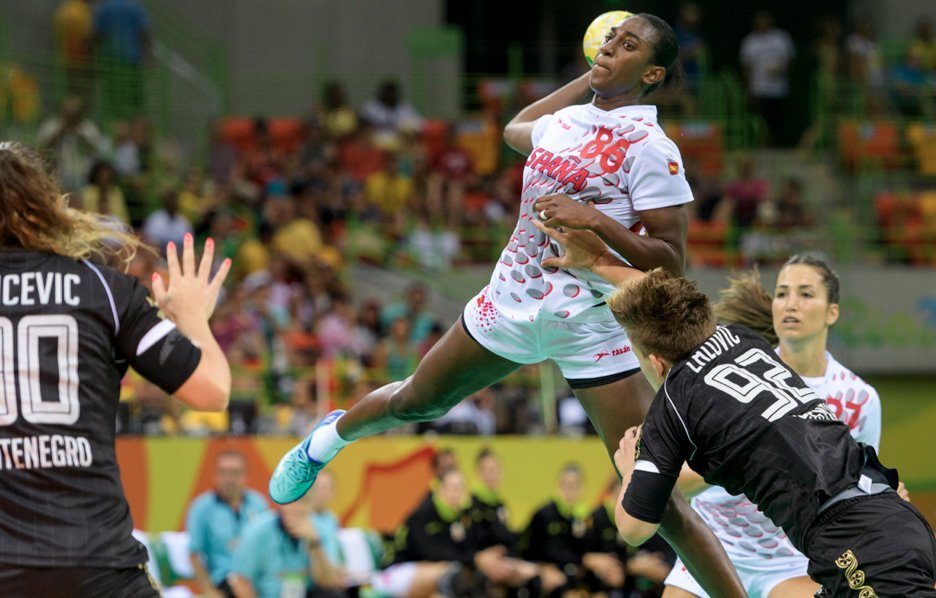 The world champions 2013 are stopped at Future Arena! After two magnificent wins over Norway and Romania, Brazil are defeated in battle against Spain 24:29 (12:15) after impressive last five minutes of „Guerreras“ which are ended with 4:0 series. The host team of the Olympic event didn’t score in the last minutes of the match and that was decisive for the second win of Spaniards…

The Brazilian girls were eager to show the best of handball in front of noisy crowd, but they have been in control over results only until 4:2,when Spanish girls made turnover on 4:5. The last equalizer has been seen in 10th minute by Eduarda Amorim which was followed by fantastic series of Pena, Cabral, Martin and other Spanish girls who made +6 – 14:8 after 22 minutes of the match.

Until the end, Spain have control over the result. Brazil were coming closer on 17:19 and 19:21, finally on 24:25, but Pena, Pinedo and Aguilar twice made furious finish for the new points…

Franca Da Silva netted seven goals for the Brazil, while Nerea Pena scored one more for the winners…