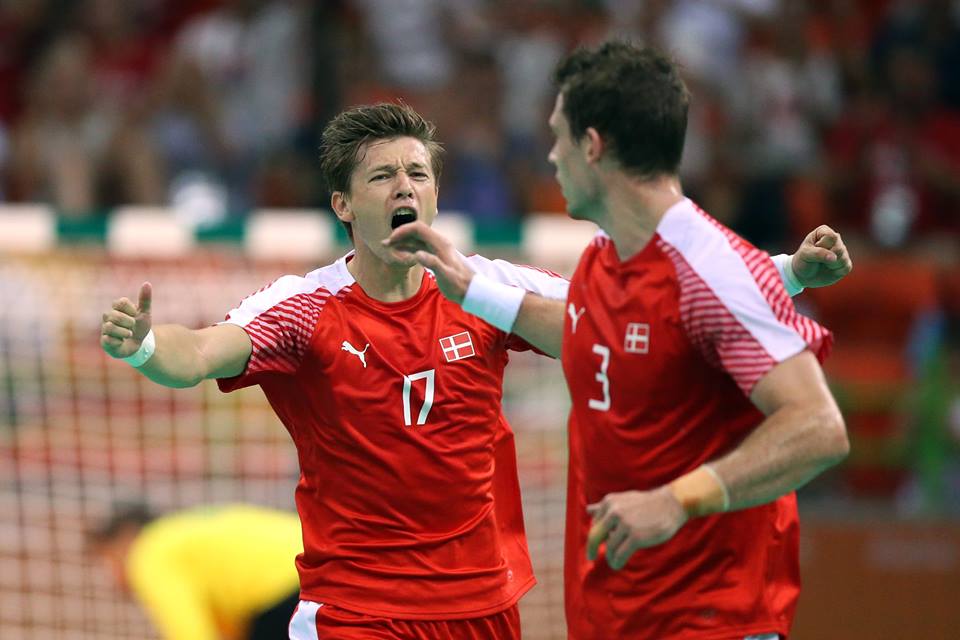 Denmark will play for the Olympic medal after 32 years! Since Los Angeles 1984 Danish squad didn’t qualify for the Olympic semi-final, as Mikkel Hansen and his team-mates did tonight with an impressive win over Slovenia 37:30 (16:13). The attacking performance of the Gudmundur Gudmundsson squad was outstanding. Hansen, Olsen, Svan Hansen and Henrik Toft Hansen managed to destroy defensive system 3-2-1 of Slovenian team and that was the most important part of the job on this match.

Danes netted 10 goals for the opening 12 minutes of the second-half, which signalized that Slovenians aren’t able to give their best on the level of their matches in Preliminary Round.

Slovenian coach Veselin Vujovic reacted on 22:16 in 36th minute with time-out, but that wasn’t suggestive to his guys.

His second attempt to wake up his players was on 26:17, but it was too late or simply impossible. Slovenian defense underperformed together with goalies Skof and Lesjak.

Mikkel Hansen and Svan Hansen netted eight goals each in the winning team, while on the other side Marko Bezjak and Blaz Janc scored six.