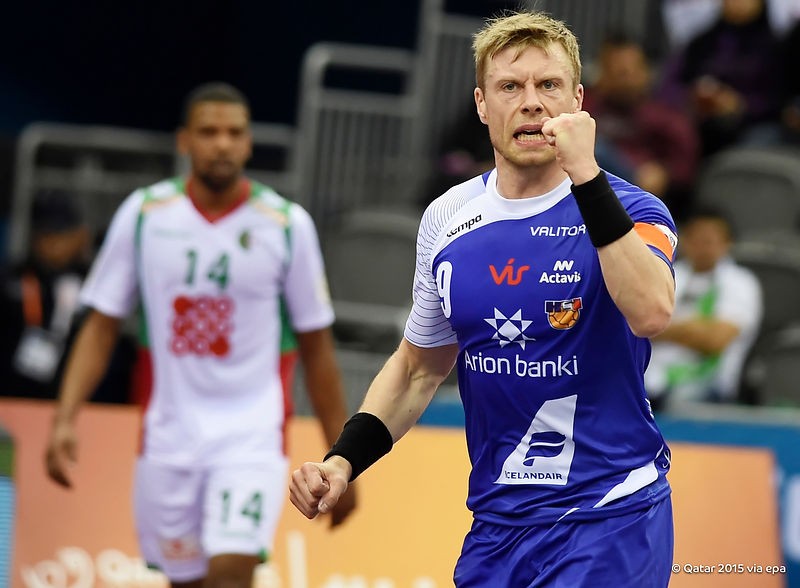 It suppost to be a derby, but only one team was on the court in Reykjavik – Iceland. Home team trashed poor Serbian Eagles 38:22 (16:10) with full control over the result from the very first moment of the match. An early 8:1 lead was just a warm up for the second half, when Icelanders made crucial 6:0 series to went on 23:11, when was clear that points will stay in the hands of Aron Kristjanson.

„Air Icelandic“ Gudjon Valur Sigurdsson scored 12 goals, while Mijajlo Marsenic netted 6 for poor Serbs who lost ground under their feet in the last two years putting placement at second major event in a row under question…

This is the biggest defeat in the history of Serbian handball. The biggest have been until last night -12 against Poland 23:35 at WCh 2009 in Croatia and Czech Republic 21:33 loss in Play-Off for Qatar 2015.

Tonight will play Israel and Montenegro.