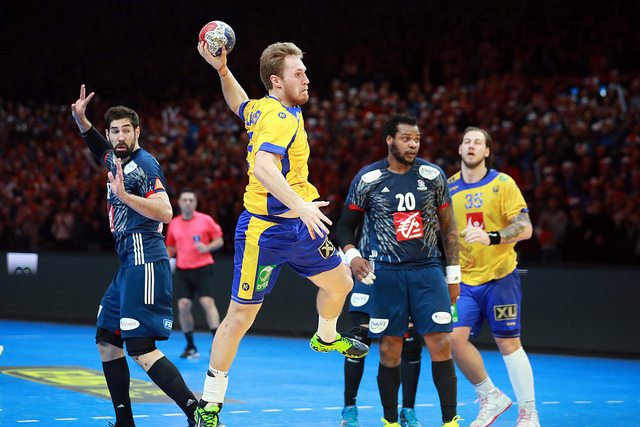 Albin Lagergren will not accompany the national team to Egypt on Tuesday after he left a positive covid-19 test while waiting to join the squad tomorrow.

The European Championship qualifiers between Sweden and Montenegro, which were to be played in Podgorica yesterday and in Eskilstuna on Saturday, have both been postponed to a later date after the Swedish line player Anton Lindskog received a positive answer on Tuesday after Monday’s PCR test.

The remaining part of the squad was quickly tested after the announcement on Tuesday and did PCR tests during yesterday. All of these were negative. New PCR tests have been performed today and sent for analysis.

Albin Lagergren , who was bothered by an injury last month, came to Eskilstuna this afternoon and did both rapid and PCR tests. If both tests were negative, he would be able to join the squad tomorrow after his quarantine.

This will not be the case as the quick test turned out to be positive and Albin will leave Eskilstuna without having been in contact with any player or leader in the Swedish squad apart from the team doctor Daniel Jerrhag who performed the tests according to strict safety regulations.

– A positive rapid test is 99 percent reliable and of course we do not stand a chance that this would be the last percent. We agreed with the infection control doctor in the region that it was not appropriate to let Albin stay. We continue to work strictly according to our infection control plan and this shows that it works as we could avoid the rest of the squad coming into contact with an infected person, says Jerrhag who will continue to test the players and leaders until the departure to Egypt.

The news means that Albin will not be able to go with the team to Egypt on Tuesday. Jack Thurin , who was initially to replace Lagergren during the European Championship qualifying week, remains in the squad and accompanies him to Egypt.

– As we have said many times before, the players’ safety comes first and with today’s announcement we have made the assessment that there will be no World Cup game as the time is not enough for him to be able to go with us on Tuesday. In normal cases, he is a key player for Sweden and it is sad for us that he can not go with us to Egypt, but above all I suffer with Albin who gets this message after working to get in shape for the World Cup. It is not excluded that Albin may be relevant for games later in the tournament, but that is not something we know today, says national team captain Glenn Solberg .

– Of course it feels abandoned and sad that once I could connect, it’s just to go home again. I have not felt any symptoms, in which case of course I would not have even gone there. At the same time, it was of course good for both me and the team to get this answer before I had time to meet the others rather than after and I hope that the others continue to stay healthy and can prepare for the World Cup.