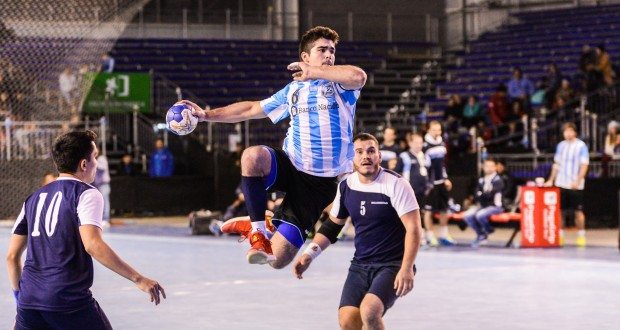 The road to France 2017 for the American teams began yesterday in Buenos Aires, with the kick off of the Pan American Championship. The host nation is the defending champion and will try to capture the fourth title in a row with Brazil as the main contestant.

Argentina has started off with the right foot in the debut against Guatemala and obtained a 37-12 victory against a weak Central American team. Coach Eduardo Gallardo gave minutes to each of his players in a match that was already solved by the end of the first half (19-3).

The team is lacking the presences of two of its most important players: Montpellier’s centre back Diego Simonet and captain Gonzalo Carou. The experienced pivot is recovering from a fracture on the fifth metacarpal of his left and has been included as one of the two extra players, so he’s expected to join the team by the end of the group round; while Simonet is recovering from a ruptured anterior cruciate ligament on his right knee, which occurred three months ago in the eight final match of the Champions League against Flensburg.

On group B, Brazil has also shown all of his power against Paraguay and took a bulky triumph by 54-14. The conducted by Jordi Ribera scored an astounding amount of 30 goals on the first half, an average of one goal per minute, against only 7 from their opponents.

The Brazilian squad has also suffered the loss of one of his top players, the 23 year-old left back Arthur Patrianova (RK Celje Pivovarna Laško), who has also injured his knee during the 4 Nations tournament held in Qatar last April.

The top scorers of the tournament so far are Brazilian right wing Fabio Chiuffa and Puerto Rican centre-back Luis Nazario, with 11 goals.

Those were the words from Mario Moccia, president of the PATHF (Pan American Team Handball Federation) and the CAH (Confederación Argentina de Handball) in the inaugural act of the tournament that is taking place in Buenos Aires with an unprecedent media coverage and overall display. The tournament that grants three spots for the World Championship to be held in January of 2017 in France is being held in a 60 hectares area where two gigantic courts with capacity for at least 5,000 spectators have been set up. Every match from this competition is being broadcasted and can be watched live in TyC Sports Play (http://www.tycsportsplay.com/).

Also, Joana Bolling, the Argentinian handball player who donated a kidney to her father, and recent ‘Handball-Planet.com Handball Person of the Year’, was named ambassador of the competition for embodying the values that the PATHF seeks to promote.

These are the results from both groups after day 1: