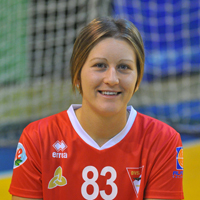 Viborg found a right back, and that is the Hungarian player Anita Bulat from RK Podravka. On the official website of Podravka it’s announced that the contract is mutually terminated due to family reasons, while Viborg informs us that all details are already arranged and that the formal signing of the contract is to be on Monday.

Podravka’s coach Neven Hrupec, is unhappy with the development of things at the moment, as Anita Bulat was the one that should have taken much of Podravka’s game in the upcoming season.

Viborg lost few key players in few days. Grit Jurack ended career, while Amanda Kurtovic which was supposed to be her replacement got injured, so the Danish team only gets easy now that a solution is finally found.