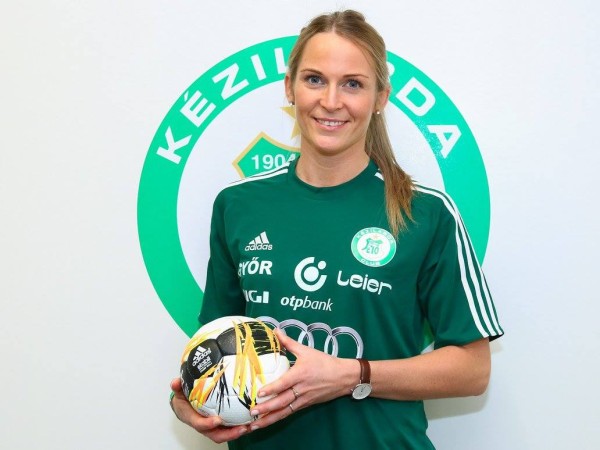 The 30-year-old back-court player and defensive specialist will reinforce Ambros Martin’s squad and will be of great help after Zsuzsana Tomori’s and Anita Görbicz’s knee injuries that will leave them inactive for at least six months and eight weeks respectively.

Alstad will join fellow Norwegians Heidi Løke, Kari Grimsbø and Linn Jørum Sulland and will be available for the first match of the Champions League Main Round, next Friday against Buducnost (16hs, Györ time).

“I am very happy to be in one of the best teams in the World. I am confident that my experience and defensive game can contribute to the team’s success. It will surely take some time to pick up the team’s rhythm, but having three Norwegian teammates will help, as well as having Nycke Groot, whom I know from playing in Midtjylland”, expressed the World Champion on Györ’s website upon her presentation.

A fifth Norwegian will join the team for the next season, and is no other than the outstanding Nora Mørk, who has signed a three year contract with ETO. The 24-year-old right back, possibly one of the most talented players in the World, will move to Györ in July after seven years in Larvik HK. She did not hesitate in confessing that Løke was of great influence for her arrival, which was conducted before the beginning of the World Championship in Denmark.

Kelencsényi Ernő, president of Györi Audo ETO, didn’t hide his happiness for this new sign. In statements to the club’s oficial website he said: “Nora belongs to a small elite group in women’s handball, so we consider her contract to be a great achievement; not only because of her outstanding talent, but her unique attitude, her mental strength and the ability to fight.”

The Hungarian runners-up will certainly be in the fight to return to the Final 4 after their absence on the 2014/2015 season. With Eduarda Amorim fully recovered from her knee injury, the amalgamation of Groot, Broch and Sulland, and Alstad’s arrival, Martin’s squad will be ready to fight back the setbacks from last season.