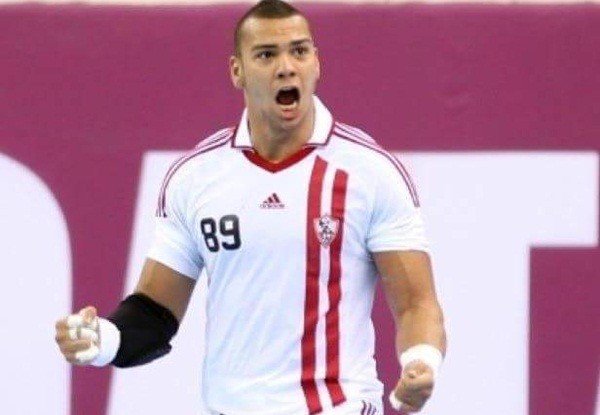 One of the best African line-players, Mohamed Mamdouh Hashem Shabib, decided to finish with his Qatari adventure in the most successful Asian team El Jaish Sports Club and accepted come back to Egypt – Zamalek. With him in the roster and some of the best Egyptian players led by El Ahmar, Egyptian team won the most important continental title. Handball-Planet.com already wrote about crazy celebration after winning the African Champions League two months ago…

-It was a big challenge for us and I am so happy to win this challenge because the trophy of the African champions was out of Egypt for three years. It was a big pleasure to bring it back to Cairo.

Zamalek fans, one of the most popular teams in Egypt, prepared you great welcome party at Airport…

-It was more than amazing. Over 5.000 fans have been waiting for us.

Why you decided for come-back to Egypt after playing in the best Qatari team….
– I wanted to achieve dreams with Egyptian national team. We have African Championship here at home and, of course, our goal is to qualify for Olympic Games in Rio. All my team-mates decided to came back to Zamalek. We began good and we want to win all the titles this season. El Ahly is our biggest rival, but we beat them twice until now.
You had successful period with “Army club” in Qatar…
– Two times Asian and Amir Cup champions, once LEAGUE AND Qatari Cup winners. It was enough for me.
Who can put pressure on you on your way for winning African gold and VISA for Rio in front of home fans?
– It will be very tough. A lot of teams can play good, but our biggest rivals are Tunisia and Algeria. Tough matches waiting for us.
You have another big wish in your proffessional career…
– Yes, to play at DKB Bundesliga. I would to try myself in Germany like my father. It is my handball dream and hopefully, I will get my chance one day – said Mohamed Mamdouh Hashem Shabib.
African Championship begin on January 21. The reigning champion is Algeria.