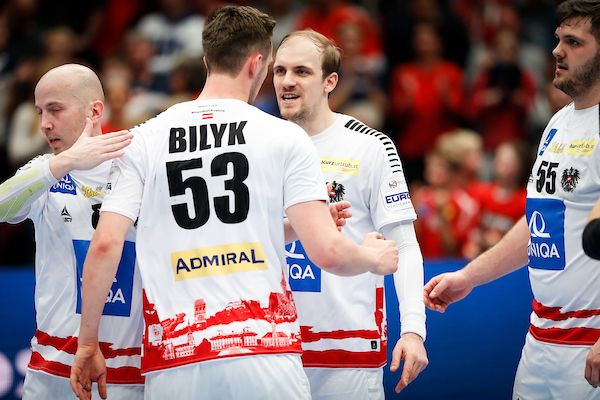 The Austrian national team made the best achievement in handball history by taking eighth place at the end of the Men’s EHF EURO 2020. Match against Belarus 36:36 in which some referees’ decision in the last ten minutes made rivals angry, brought team of Ales Pajovic to the fourth place in the Group behind Spain, Croatia and Germany.

Now, there is a only one possibility for Austria to qualify for the Olympic qualification tournament. Slovenia need to win the gold medal at Tele 2 Arena in Stockholm.

Right now, Slovenia and Portugal are two teams who are qualified for the OG qualifications in April. If Slovenia win the tournament, team of Ljubomir Vranjes would go directly to the Olympics in Tokyo, which would open the place for next best place team and that is Austria.