BATTLE FOR THE UAE CHAMPION: The decisive time | Handball Planet 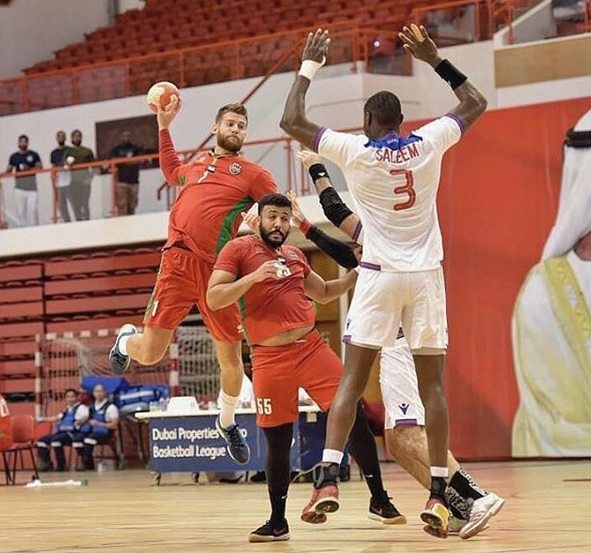 The unraveling of the UAE handball championship has started. After a two-round league competition, the four best teams (Sharjah, Shabab Al Ahli Dubai, and Al Nasr as top three, and Al Wasl after extra matches) are playing the play-off for the title. From this season, the champion is decided in an unusual manner: these four clubs play against each other in three rounds in the mini-league. Extra points, dedicated according to the placement from the league part of the season (Sharjah 3, Shabab Al Ahli Dubai 2, Al Nasr 1 and Al Wasl 0 points) are added to the points earned during the play-off matches to determine the champion.

After the first round of the play-off, it is quite clear that the title winner will be decided between Sharjah and Shabab Al Ahli Dubai: these two teams showed convincing performances and won their matches without any major turbulence. Sharjah, inspired by an extraordinary party of experienced Tunisian international Slim Hedoui, controlled the match all the time and eventually triumphed against Al-Wasl with 29:25 (17:14). A very similar match was also seen between Shabab Al Ahli Dubai and Al Nasr: a solid party of the Al Nasr veteran Lazo Majnov was not sufficient for Al Nasr to threaten Shabab Al Ahli Dubai at any moment: Abdalla Albaloushi brilliantly pulled the strings of his team`s play, while Ivan Mosic was simply unstoppable, scoring 12 goals from 9m shots. At the end, Shabab Al Ahli Dubai – Al Nasr 30:26 (15:14).

The UAE handball championship playoffs will continue during next weekend. If no colossal surprises occur, the champion will be decided in a direct clash between Sharjah and Shabab Al Ahli Dubai in the last round. Judging by the previous matches between the two rival teams, it will be thrilling and uncertain until the very last second.