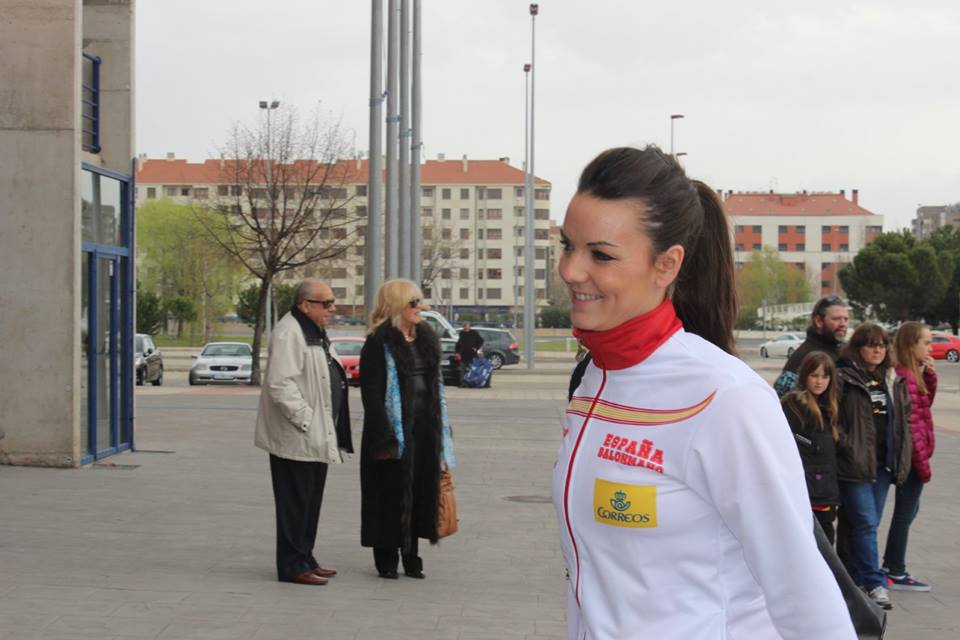 Spain started their Qualifying phase for the EHF EURO 2016 with a 25:15 victory over Austria. The conducted by Jorge Dueñas didn’t show what is expected from European silver medallists at all, but they ended victoriously their first battle. After the match, Spanish back player Beatriz Fernández had a brief conversation with Handball-Planet and she spoke about how the national team is at the moment with the World Championship just around the corner.

First match of the Qualifying phase for the EHF EURO 2016 and relatively comfortable victory over Austria. Which are your feelings about it?

It has not been a good game, but we have achieved the goal and that is the most important thing. These matches make us see what we still have to improve, and that will make us grow little by little for the European Championship.

You have got the first 2 points of this phase. There is still much ahead but I imagine it is important to lead the Group at the end…

We have to be ambitious and always have a winning mentality. Our goal is to qualify and if it is as first ranked it would be much better for us, of course.

Even if these matches are to qualify for the European competition, up to what point do they help to prepare for the World Cup?

The truth is that our minds are set on December. All of the work we are doing now will help us get to the World Championship in good shape. All matches are helpful, some of them to work technical-tactical aspects, others to focus in concentration aspects…

Heads are already in Denmark, aren’t they?

Yes, of course. We are very focused in Denmark and our objective is to do a great job there so we can dream of qualifying for Rio 2016.

What about the injured teammates? How are they?

The worst thing is the injury suffered by Lara González. As you know, she has torn MCL of her right knee and she will have to spend time recovering. She will miss World Championship but we all hope she will be back on the courts as soon as possible.