Belarus through on the wings of recovered Rutenka | Handball Planet 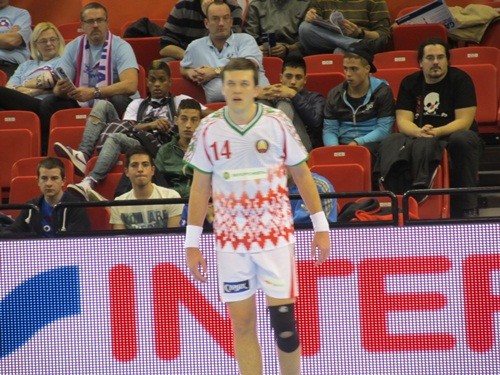 Belarus secure the last Main round berth from Group D as Montenegro goes home, after a straightforward second half;29:23 in the end.After a pressure-cooker first half, in which Montenegro had put up a brawl mainly thanks to Simović (8 overall), Belarus took ‘Djetići’  to the sword with an incisive second-half display. Mladen Rakčević marked his 50th national team appearance with a soild performance, scoring 3, while one of the main guns in Montenegrin offense Vasko Ševaljević vastly underperformed with a disappointing shooting record of 2/4. Penalty from Rutenka (8 goals in the match) set the score at13:13 in the first 30 minutes, as Simović hits the post from the last-second break-through. Second half saw a great initiative from Belarus as line-player Zaitsauscores for 17:14, assisted by whom else, rather than Rutenka.The same player, Zaitsau scored from a fast break, as the winger Brouka crowns his great play (7/8) bringing the score to 25:20 with 5 minutes remaining.

The dying minutes saw little resistance from the understrength Montenegro, as Pukhouski score his 5th to seal his team’s ticket to Herning, and send his opponents back home.With this 29:23 win, Belarus will find them with no points, but also virtually no language barrier, having France, Poland and Russia as opponents in the in Group 2 of the Main round.