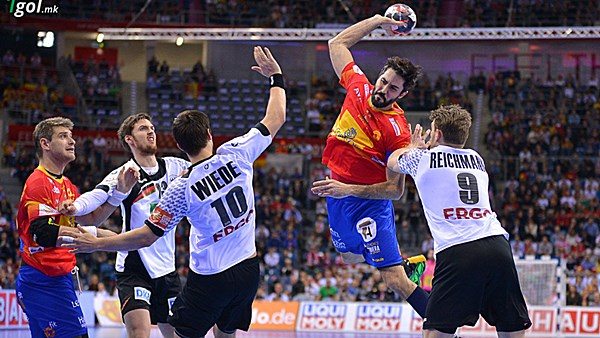 Ahead of us is 25th Handball World Championship. What do we expect and how we look at handball today? Very often around handball circles can be heard dissatisfaction with game and its current style. We should always have in mind that game dynamics is conditioned by game rules. Therefore, rules determine game demands (conditioning, technique and tactic), and game demands way of sport preparation.

It’s obvious that that new rules introduced at 2016 Olympics in Rio de Janeiro didn’t affect positively game speed and its attraction and clarity. If game is precisely observed it can be seen that some of it segments are even slower and more passive. This is particularly evident during 7 vs. 6 play and “6 passes rule” during passive game play. Sometimes these 6 passes last longer than whole attack.

However some tactical possibilities are opened in player less game, in which good prepared teams can neutralize opponents extra player advantage. Same possibility can be used in attacking deep defences with player extra in positional attack. These segments of the game have biggest reserve and its further development can be expected on upcoming competition.

“Video review technology” is very interesting concept already seen in other sport games. In handball it has one huge disadvantage; it is available only for referees and IHF delegates instead of handball coaches.

Overall conclusion is that new rules didn’t significantly affected game attraction nor enhanced coaches and player creativity. Rules can still be subject of referees possible favouritism and creation game dynamics and result. Introduction of shoot clock in handball is not just necessary but inevitable.

To speed up the game and boost its attraction, during selection process advantage should be given to “2-way players” who participate in all game phases (defense and offense) and who can play multiple positions. Examples of this approach are teams of “Flensburg”, “PSG” and French national team.

Nevertheless of impression handball hasn’t change last 10 years. Serious statistical analysis needs large scale examination of situational efficiency parameters. Just to understand better, trend of goals scored per WC match, didn’t change in last 5 competitions. It is moving around 29.8 goals per game. Similar trend can be spotted in numbers of used tactical variations, numbers of used technical elements as in physiological demands of the game (distance covered, running speed, number of physical contacts, etc.) Changes in all these aspects could enrich the game itself.

Handball is slowly stagnating. The best way for changing this trend is game presentation on fore coming Championship in France with more invention and creativity. How coaches will succussed in this considering small number of preparation days, player’s exhaustion from club obligations and frequent game schedule remains to be seen. 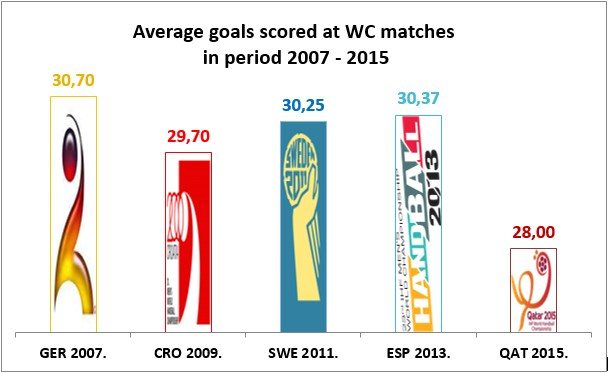 ADVICE FOR THE END:

It is popular but not prudent to judge game and result without all information from one team. It is easy to criticise coaches and players even if the real reasons for “unsatisfied” result remain completely hidden from the public. Don’t fall in trap that put unqualified and incompetent media. Impression is most often totally different from reality. It’s better to further analyse game statistics which can be found at WC official web site and enjoy in the GAME OF HANDBALL!