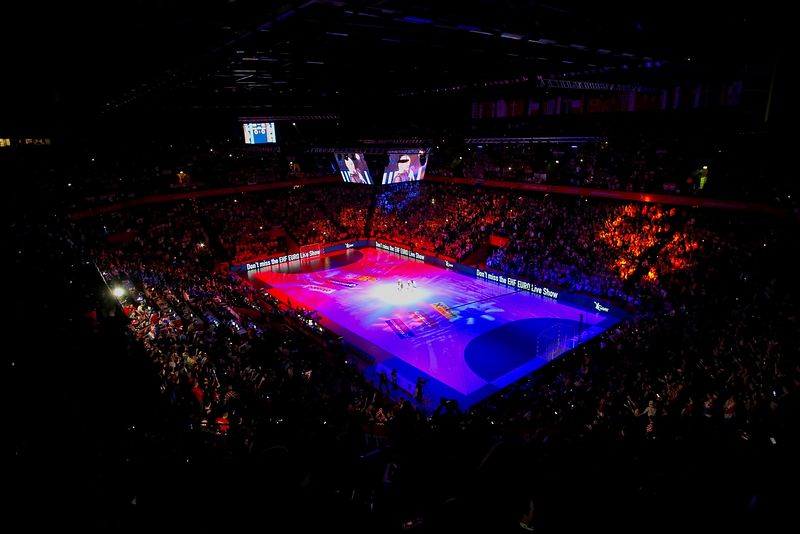 Who is your referee this weekend? No, when was the last time you paid the coach his salary or do the players have anything to eat after their morning gym? How is the heating in the hall, do you have balls to play with, how much does the gym cost for a handball training session? No. Who is your referee this weekend? This question has for decades been an essential one for the sport of handball at all latitudes.

And then we witness this. The circus, as a rule dominated by doubles from these “third world countries of Eastern Europe, etc. Some address them like Veselin Vujović, some deal with diplomacy like Dragan Đukić or Jovica Cvetković, but the essence is the same. Handball is a sport kidnapped from handball players and those who make it – the coaches. The sport of bureaucracy, heavy as a brick, everything-proof.

When you have no good intentions, technology cannot save those who are “targeted”. From time to time, EHF and IHF throw us a bone of technological innovations that promote sport, but this is glacial compared to other sports – the serious ones. In volleyball you can see the challenge transparently in three seconds on the screen, in tennis too, everyone sees it, it is clear to everyone. In the world of handball nothing is clear!

How can you explain to someone from a hi-tech state or from Bangladesh that in 2017 he has to sit in front of a TV and count passes while the referee decides to raise his hand after 17 or 77 seconds of attack? A blue card is presented as if it were Gagarin getting into Vostok 1. Who can follow this silk road? They do not allow a stopwatch in handball, because they know that they would lose control of it. Although 15 of the world’s top 20 coaches have suggested it. Coaches are not important…

Last night, fifty million people banged their heads for 10 minutes waiting for the responsible people, the Lithuanians, to make one single decision – in a sport that has already been Olympic for 45 years! And when they made it, it was still unclear whether it was exclusion, the red card with a penalty, or whatever is written in the hidden paragraph 16, act 4, indent 554, item c. They found something to save the Germans. It is because of those Germans that the systems of the competition are changing, so the World Championship will be played with a main group round and not in the knockout system, so that the host will not accidentally crash out in the eighth finals like they did in France.

Is it surprising that there is almost no serious global multinational company in handball? The Champions League is sponsored by a window producer – for peanuts?

Clean up the rules, it’s easy to say. And where are “we” in the whole story.

Veselin Vujović, after all this, is waiting for a curse to be thrown from Vienna and Basel. He will be more dangerous than the plague in the coming years, so he will probably not be considered for serious clubs in the future. He already experienced this moving from Ciudad Real to Zagreb. He knows what awaits him. Either way, walking to the goal line in front of Reichmann on 15 January in Arena Zagreb is a historic event. Charming crazy, but the only way to bring it to the attention of the whole world. It will be remembered for all time. Vujović’s move speaks for all of us – who are kidnapped.