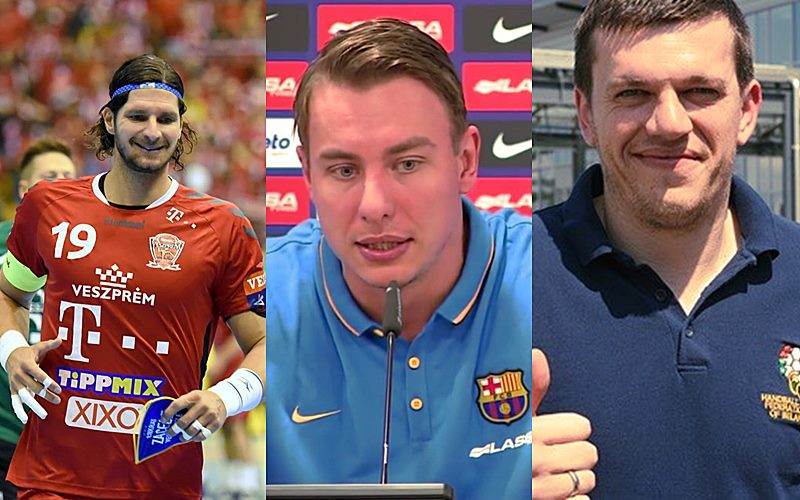 With the retirement of Laszlo Nagy, one era of Hungarian handball coming to an end. Unfortunately, without major success on the international stage which means winning medals at European, World Championship or Olympic Games. The 36-years old lefthander, who is one of the most popular faces in the world of handball, has an amazing professional career with FC Barcelona and Telekom Veszprem as best parts. Like with Hungary, Nagy still waiting for the major trophy with Hungarian champions – EHF Champions League, but he still has two in a collection with the most successful handball team in the history of our sport – from Blaugrana.

Nagy isn’t the only TOP star who ended his career in the national team without a medal. This year, two others said “goodbye” with the same destiny, and with same brilliant years behind them.

The first one is Siarhei Rutenka. The 36-years old fantastic left back from Belarus (same generation as Nagy – 1981) decided to finish career in January. He won six EHF Champions League trophies with RK Celje Pivovarna Lasko, BM Ciudad Real and FC Barcelona Lassa, but his national teams – Slovenia and Belarus, were far away from three-level podiums.

One of the greatest back-line players in the last two decades, as these two guys, Filip Jicha, also had to close his book without the most desired story in. The member of generation 1982, born in Plzen,  in definitely “wrong country” as his outstanding qualities haven’t been seen and valued on the biggest stage. Czech Republic national team was simply too weak to compete with the best. Semi-final was always just a theory for Jicha, who, apart of that, had energy and huge motivation to help his compatriots to give their best. Many great years behind him in THW Kiel and two trophies of EHF Champions League were his CV…

All three of them became symbols of their national teams and moreover – handball in their countries. Laszlo, Siarhei and Filip became national heroes without crowns. They didn’t bring medals to home fans, but that didn’t prevent them from being real role models to the kids in Hungary, Belarus and Czech Republic. And not only there – wherever they played – 10 trophies of EHF Champions League were good enough reasons.

Goodbye and thank you, legends…