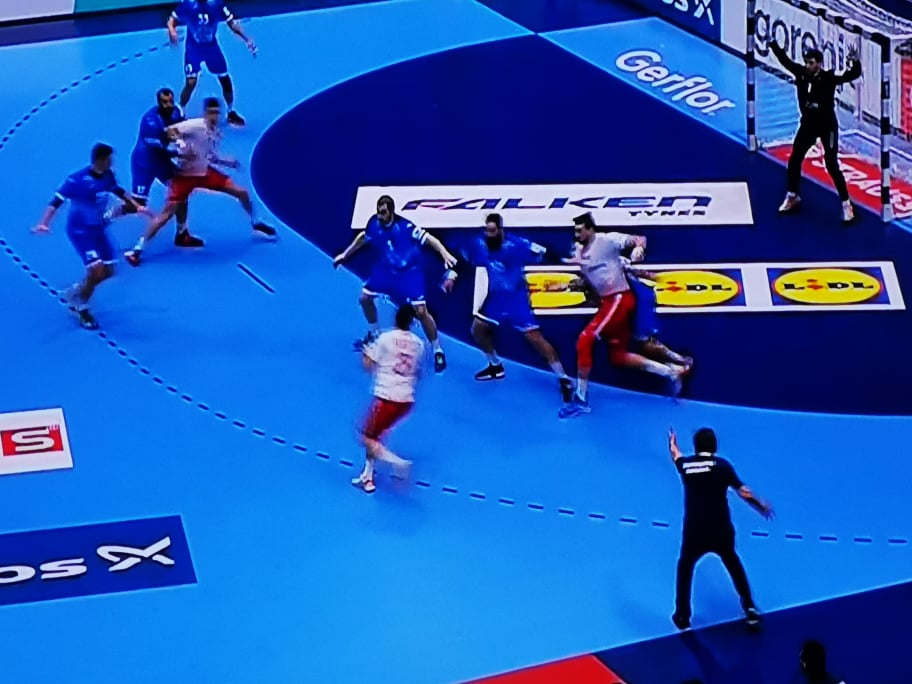 Match between Poland and Russia 29:29 had the biggest stars in French referees sisters Bonaventura and Slovakian delegate Rancik. Firstly, on his sign, French referees sent off Russian head-coach Velimir Petkovic 17 seconds before the buzzer during the last Polish attack.

Petkovic stepped in the court for some cm, but without any influence on the game.