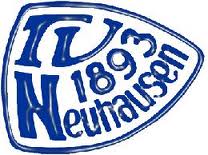 In a game which could prove important on the longer run, Neuhausen managed to beat HBW Balingen-Weilstetten at home with 34:29, and temporary leave the relegation zone and move to the 15th spot, just 1 point ahead of TBV Lemgo. It is certain that Lemgo and Grosswallstadt will give strong fight in their bid to remain in the league, so wins like this one for Neuhausen will surely mean a lot.

Back to the game, the first 30 minutes of the game gave indication that it will be a very tight game to the end, with neither team making any substantial goal advantage. It went so until the 50th minute, and starting from then until the 57th minute, Neuhausen made a crucial 5 goal lead, which they maintained to the end, and won with 34:29. Nico Budel led the hosts with 8 goals, while Florian Billek was Balingen’s best with 5 goals scored.