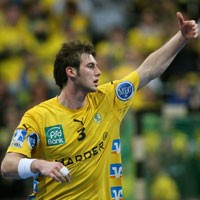 With RN Lowen its never boring. It seemed that the team will be having lots of trouble to retain the title lead after losing at half time with 18:14 against Melsungen, but the “Lions” produced a great second half which brought them the victory. They managed to even up the score until the 50th minute, and after that with goals through Gensheimer and Groetzki went at +2 which was enough to secure the 31:28 victory. 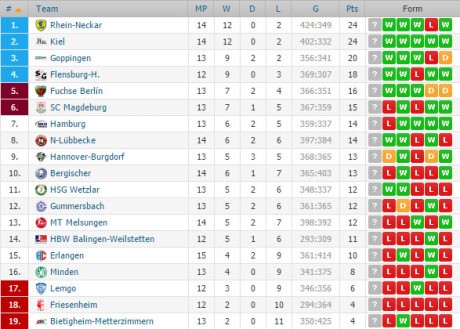