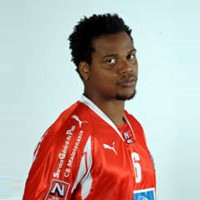 One of the best pivots today, the 30-year old Barcelona player, Cedric Sorhaindo, has signed a new contract with the Catalan club, remaining loyal until the end of the 2016-2017 season. He joined Barcelona from Toulouse in the 2010-2011 season, previously also playing for Paris HB. With Barcelona he won four ASOBAL titles and one Champions League title.