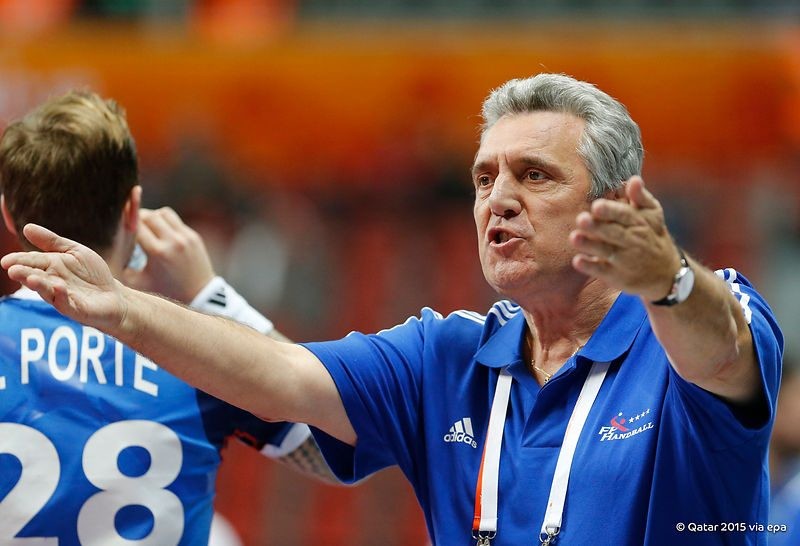 After winning his eighth major title in nine years at the 24th Men’s Handball World Championship in Qatar, the two times IHF World Handball Coach of the year talks about the secrets of success and the future goals of his team.

What are your emotions after winning this final?

Claude Onesta:  I’m very proud of this victory. It was a very difficult game. We demonstrated an exceptional performance and this victory is very important to us.

Did the strong Qatar performance surprise you?

Claude Onesta: No! It is impossible to eliminate teams like Poland or Germany, when you don’t have the quality in the squad. They have exceptional players and an exceptional coach. It was really hard to win and I believe that in upcoming competitions the Qatar team will prove their abilities again.

Claude Onesta: You cannot classify those titles. Every title was a different story, a different adventure. For me personally 2009 was something special as it was my first World Championship trophy as a national team coach. But I dare not to take the respect away from my players for every title they achieved. When we won the European championship in 2014 with a very young team, it was our dream to confirm this gold medal here in Qatar. But we could not be sure if we would manage.

Was this experience of knowing how to win big tournaments the strength of your team?

Claude Onesta: Our team is still young, we are still in the process of building up this new team. So I am absolutely satisfied with this title, as it proves that we have a strong squad for future events. I have respect for all those players and I am really lucky to coach them. We really gave all we could.

Your team consists of many world class players, is there anybody who was the main key in Doha?

Claude Onesta: Handball is a team sport and we won the title as a team. To name one or two players as the keys would be unfair to all the others. And it is not only the players, but the whole technical staff, the federation and all around the squad who have won this title.

You again hold all major titles in your hands – are France now the big favourites to make the triple dream of winning three consecutive Olympic gold medals come true?

Claude Onesta: We have just become world champions, now we will celebrate. I am truly happy that we have booked the ticket for the Olympic Games already, which means that we can already prepare for this event without having in mind that we might fail in the qualification. Rio is quite far away now, but I believe that we once more will belong to the group of favourites.