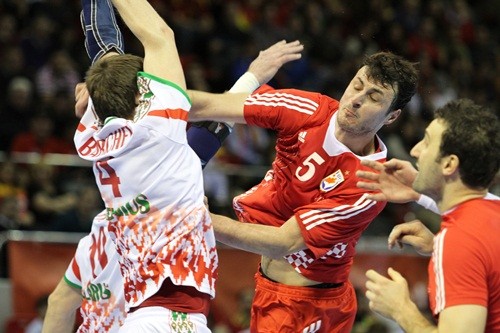 Croatia beat Belarus last January at TOP 16 stage of the World Championship in Spain. That was easy job for Slavko Goluza and his guys, so despite some small problems with some players as Blazenko Lackovic who will miss EHF EURO 2014, Croats believe that routine victory over Rutenka and his team-mates could be repeated.

Sweden has bad memory on Montenegro and their passion to the game since qualification matches in June 2012, when Zoran Kastratovic and his guys made unbelievable success and put Swedish team out of the World Championship 2013 in Spain! It is hard to say are Montenegrians ready to repeat that kind of performance, moreover because of lot of injuries which make them weaker than before, On the other side, Sweden without Kim Andersson certainly will have problem with TOP teams, but in front of almost “home fans” in Copenhagen, Montenegro could be good for “warm-up”…