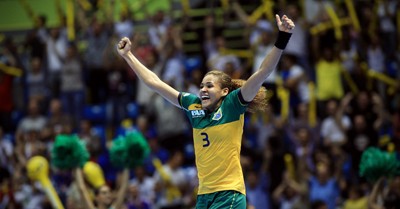 Alexandra do Nascimento, Fernanda Franca da Silva and Ana Paula Rodrigues are the first three names that will join CSM Bucurest in the next season, all three currently players of Hypo, and reigning World Champions with Brazil. More signings are expected to join the team, and the aim is to win the Champions League 2015/2016. Gabriela Perianu, Oana Manea, Aurelia Brădeanu, Linnea Thorstenson are among the names that are rumoured to be in contacts with the club and ongoing negotiations.

Mette Klit is to be named the new coach for the current season. The club wanted Jakob Vestergaard, but finally they opted for Klit, who signed the contract and will be joining the club on 15th of February.