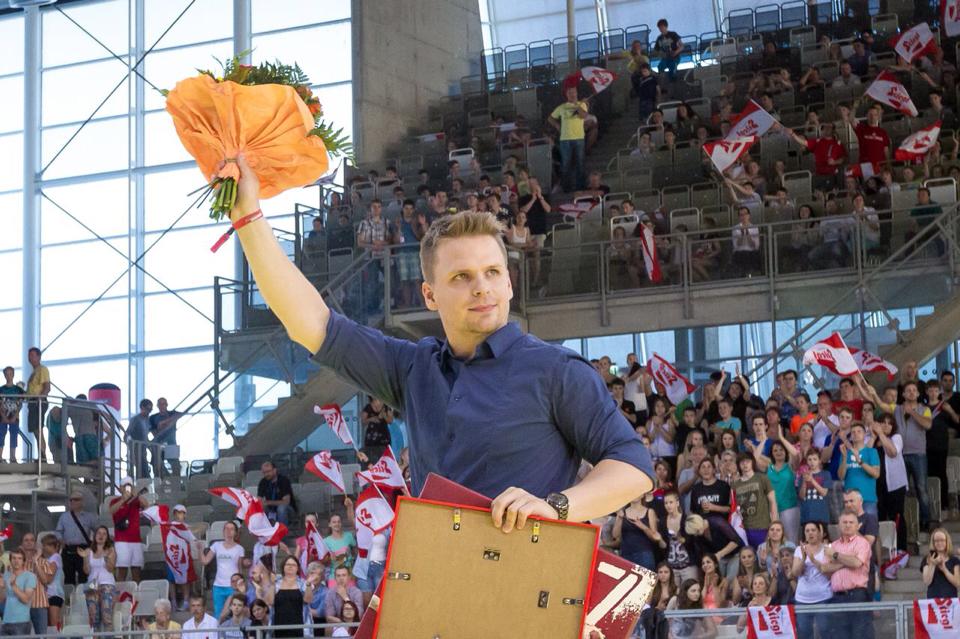 Legendary Austrian NT left wing Konrad Wilczynski (32) has ended his proffesional career a few weeks ago in WEST Wien, where he will stay to work in Management. Classy player, who is one of the symbol of uprising of Austrian handball since 2010 and EHF EURO 2010 in Austria, got standing ovation from the fans before the WCh 2015 Play-Off match between Austria and Norway.

Over 4.500 fans celebrated home victory of Patrekur Johannesson’s squad (28:26) and said “Danke Conny” for all what he has done for Austrian NT. Wilczynski has 136 matches and 578 goals in NT t-shirt.

He began career in WEST Wien, then Bregenz and Fuchse Berlin, before returning home in 2011…