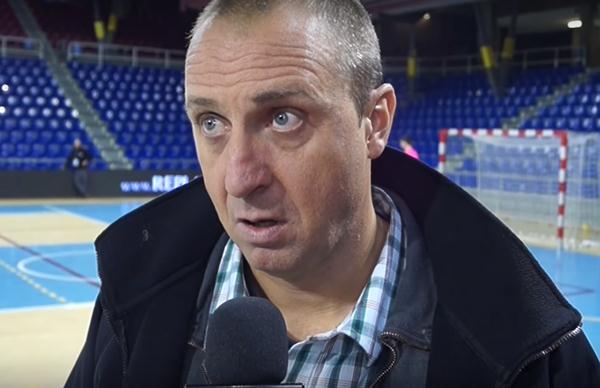 The legend of Spanish handball David Barrufet is new sports manager of Romanian TOP team Dinamo Bucuresti!  This move caliber revived the “Xavier Pascual – David Barrufet” team, which has worked successfully for the last six years at FC Barcelona, ​​during which time it has won numerous trophies, including the EHF Champions League (2021).

David Barrufet is one of the biggest names in world handball. As a player, he successfully defended the goal of the Spanish national team and the FC Barcelona team, winning 71 trophies / awards. Among them are 7 EHF Champions League, 2 Cup Winners’ Cups, 1 EHF Cup, 5 European Super Cups, but also world gold in 2005 with the Spanish national team, plus four European and two Olympic medals. He has twice been declared the world’s best IHF goalkeeper (2001 and 2002).

As a sports manager at FC Barcelona, ​​he has fully contributed to all the successes of the last six years.

David Barrufet: “I am honored to join the Dinamo team and I am very grateful to the president for the trust he has placed in me. I’m very happy to be working with Pasqui again. I will try to help the Dinamo team grow because I am sure that here we have all the conditions to do it. I will give my all so that every time I am better and better in the interest of the team “.