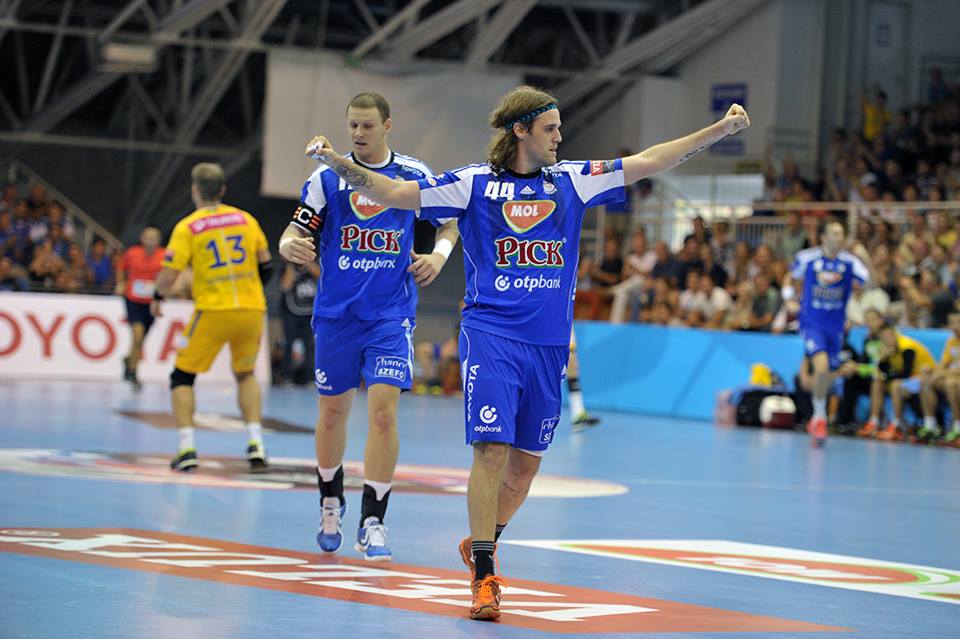 The best playmaker of the VELUX EHF Champions League Round 1 Dean Bombač spoke for Balkan-Handball.com about his career, PICK Szeged ambitions in current season, but also many other aspects, like the influence of the Spanish coach Juan Carlos Pastor on his play. Handball-Planet.com translated only a part of the interview:

– I don’t know how to describe him. He is like a phenomen. I don’t know what else to say. He is making miracles. Definitely is the best coach with whom I ever worked. The way how is he thinking about handball, how he knows which players are most compatible on the court, etc. He has shown many times that money don’t win on the court. Why we should be afraid of the bigger and better teams on the paper?

On the question what Spanish coaching revolution brought to him personally and what he improved from time before Pastor, Bombač said:

– I have to admit that I learned a lot also from Boris Denic, my ex-coach from the Slovenian NT, even I didn’t play too much. I also learned from Noka Serdarusic for three months in Aix. You know exactly what you have to do in every second with Pastor on the bench. I know in every second whom I have to attack. Tactical preparation for the match is amazing. We watched Kielce five times on video, hour, hour and a half per session. You have clear image what you have to do in every moment of the match. You are doing everything in acceleration, despite Balkan style, where many players think that they can just take the ball, make “hole” and score. Pastor is tactically – coach miracle – concluded Bombač, who didn’t gave a clear answer about his future transfer to Vive Tauron Kielce.