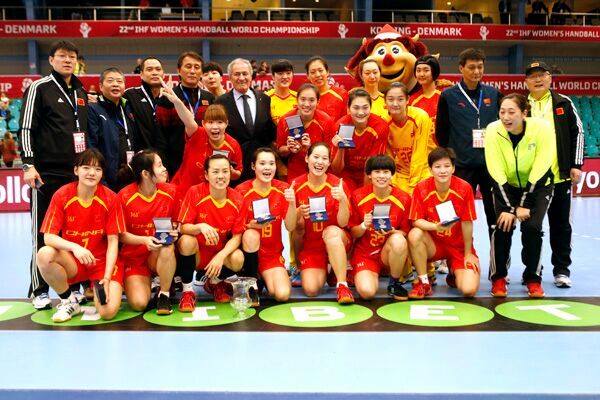 The Chinese team beat Argentina 35-27 and obtained the 17th place in the World Championship and the President’s Cup in Sydbank Arena in Kolding. The Asians were too good for the South Americans on the first half and took advantage of the dozens of mistakes in attack and also from long range shots that were not neutralized in any way. It was 20-9 for the conducted by Xindong Wan at the end of the first period.

The second part of the game, the Argentinians showed a different image, the one they’d been displaying on the group match phase, but it was not enough to catch up from such a bulky difference. The result of the second half was favourable for the South Americans by 15-18, but the 11 goals of advantage from the second half were too many to recover.

On the 19th place placement match, Japan beat Puerto Rico for 44-15 in a match where the speed of the Asians was too overwhelming for the World Championship debutants. The Central American player Nathalys Ceballos expressed her happiness despite the tough loss: “We didn’t expect to finish in the 20th position in our first appearance on the WC, so we’re super happy. We also had our first victory in a WC and we made history for our country, we’re very proud of that and this gives us motivation to keep on working and being on the next tournaments”.

In Herning, Tunisia defeated Kazakhstan for 39-23 and kept the 21st place, while Cuba won its first match of the championship against Congo for 29-19 and finished in the 23rd position.