DENMARK 2015: France finished the WCH with a victory over Montenegro | Handball Planet 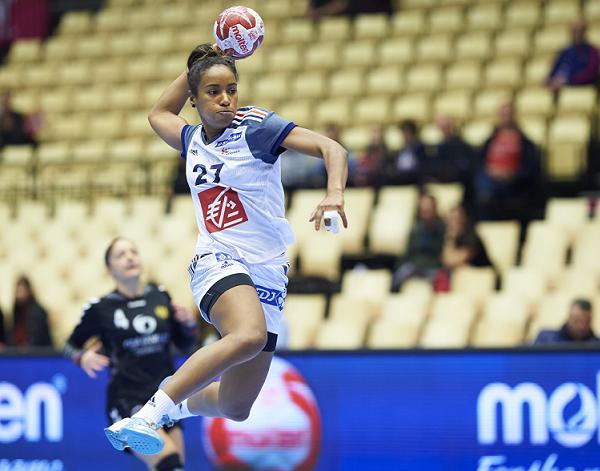 Montenegro couldn’t stop the French hurricane today on the Jyske Bank BOXEN of Herning, as they were defeated by 34:23 in their last game of World Championship 2015.

The initial game of the last day started with France and Montenegro both teams extremely effective in attack but not so much in defense. In fact, 15 goals were scored in less than ten minutes (9:6). Dragan Adzic made his youngest players step on the court to gather more experience, as Ema Ramusovic, Biljana Pavicevic and Jelena Despotovic played almost the whole first half, while more usual players as Majda Mehmedovic, Suzana Lazovic or Milena Raicevic were relegated to the bench. The French team seemed to be more motivated than their opponent from the initial whistle. They played faster, tougher and especially more intense during the whole game. Camille Ayglon’s excellent performance (7/7 goals) was the most remarkable, but the rest of the team was almost excellent as well. Coach Alain Portes made the whole roster play and little by little the scoreboard took an apparent ‘bleu’ colour. The Montenegrin’s main weapons were Katarina Bulatovic, especially effective from 9 metres, and Jovanka Radicevic, leading her team from the start to the end. The player from Vardar said after the match: “We need some rest days to see what we have done well and what bad. We are now looking for the Olympic Games in Rio and it is positive that our youngest players have had minutes to take experience for this next big objective”.