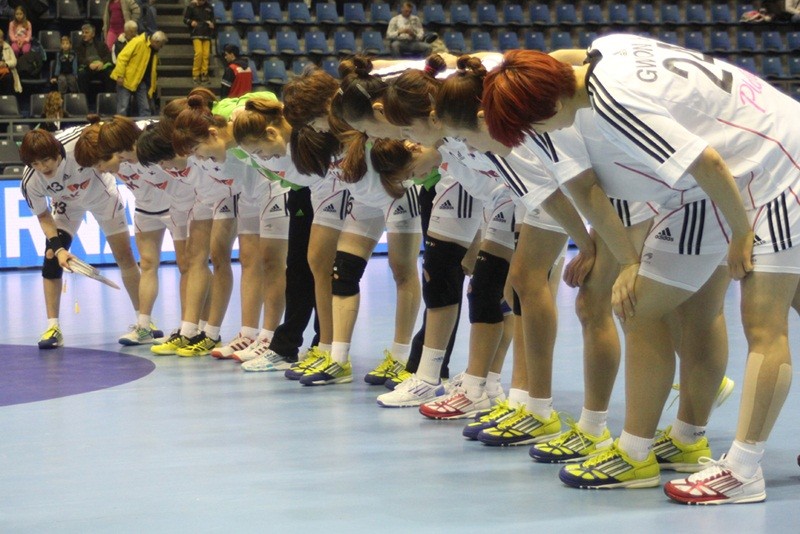 In a high voltage game, South Korea and France tied in 22 goals. The match was decided in the last seconds, where either team could’ve taken the victory.

The first half was hectic and neither team could extend the difference for more than two goals. They switched leads but at last it was Estelle Nze Minko who tied the score before the final whistle: 11-11 at the end of the first thirty minutes.

On the second half, France quickly took the lead and South Korea trailed for most of this period. Laura Glauser’s performance helped Alain Porte’s team to keep a difference of two or three goals at times, but the conducted by Young Chul Lim used all of their speed to come back. A deep defence was the key to unlock the counterattacks and tie the match.

With 6 minutes left on the clock, the frenzy started. Alexandra Lacrabere could have settled the difference for France, but her shot hit the post and the experienced Eun Hee Ryu scored on the opposite goal. In the last five minutes Nze Minko tied for France, Glauser saved, Ryu got excluded 2 minutes and Mira Park saved a shot from Siraba Demeble.

One minute and 30 seconds before end of the game, the scoreboard was 22-22, and it stayed that way. France defended Korea’s attack with 20 seconds left and Chloe Bulleux ran for the fastbreak, but she rushed the shot from 10 meters and missed it, so Korea had one last chance to attack, but the shot was unsuccessful.

French players, who were closer to the victory in the last few minutes, were the more disappointed at the end of the match. Allison Pineau declared: “It’s always difficult to play against Korea, they play a very different handball from Europe. Their timing is very different and you don’t know what to expect, they’re very unpredictable. We expected a tough game and thankfully we didn’t lose and that that’s the positive thing, but we had to balls to win and we didn’t convert, so I’m not completely satisfied”.

“It was good to finish with a tie instead of losing. The last five minutes were crazy and we could have lost the match. We’ll see if we can decide the top of the group against Brazil”, expressed goalkeeper Laura Glauser after the match. France will have their third match against Argentina tomorrow at 18.15hs.