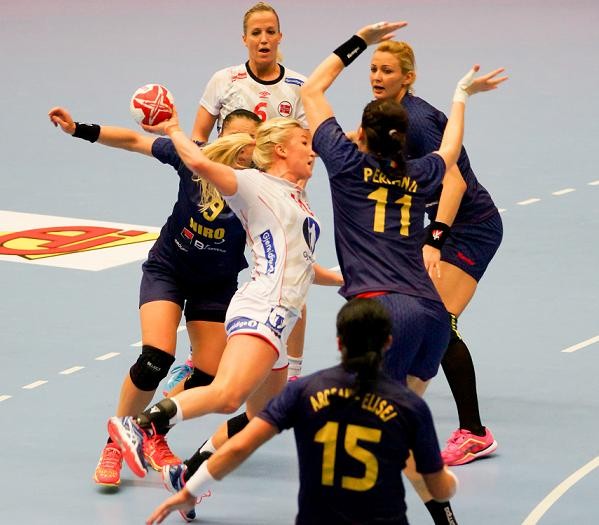 Russia and Spain had not problems to easily get victory over Kazakhstan and Puerto Rico in their fourth match of World Championship. Both European teams showed their power and skills once again on the court of Arena Nord, by thrashing their opponents by 19:42 and 39:13 respectively. The conducted by Evgeny Trefilov, officially first ranked in this Group D, will fight tomorrow against Romania just for getting two more points, while Spain will face one of the most complicated matches against the current European champion Norway. Last EHF Euro final will be recreated in Danish city Frederikshavn to the delight of the attendants. Meanwhile, Norway got a new victory over the Romanian team. Scandinavians defeated the ever brilliant Cristina Neagu and her crew. The toughest match of today in Arena Nord started with a Norwegian team that seemed to be extra motivated on the court. They started setting differences in the scoreboard immediately so Romania just continued the whole match playing in tow. Even so, they never gave up and forces were very equals in certain parts of the game. Finally, Norway won by 22:26 so this means that tomorrow will be decided which team, Norway or Spain, ends this first phase of the World Championship second ranked in the Group D. After this phase, the four qualified teams from this group will face to the ones qualified from the Group C, where nothing has been defined yet.