Denmark (Round 13): KIF Kolding and Bjerrinbro-Silkeborg both win, continue fight for the title | Handball Planet 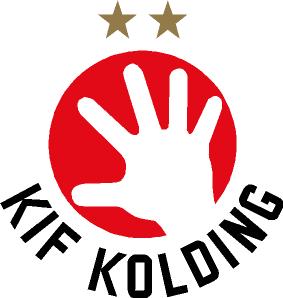 Struggling Viborg hosted current top of the league (with KIF Kolding) BSV. In a game leaving BSV knowing they have played better, they were still able to pick up two points on the road, looking forward to their Champion’s League battle with Vive Kielce. BSV’s Chris Holm Jørgensen was the game’s leading scorer with seven goals.

Mors-Thy hosted current Danish power-house in KIF Kolding. Mors-Thy played a close game until the final five minutes, losing by only one in the final ten minutes. KIF’s counter goals proved to be too much in the end and Mors-Thy was not able to hold on. Mors-Thy’s Morten Balling was the game’s leading scorer with eight goals.

Ribe-Esbjerg came into the game on a two game winning streak, picking up four points important points after earning a promotion into Liga after a very good last year in the first division. Unfortunately Tvis Holstebro proved to be too much. Currently fifth in the league and staying on pace with the top four, Tvis Holstebro was able win the first half by five and never look back. Team Tvis Holstebro’s Patrick Wiesmach Larsen was the game’s leading scorer with ten goals.

Aalborg proved to be too much for Ringsted, showing why they are a top four team. Ringsted, with the loss remains in the bottom four of the league and fighting a battle against relegation. Aalborg’s Tobias Aren was the game’s leading scorer with nine goals.

Eighth in the league Skanderborg hosted third place Skjern to a sold out court in Skanderborg. Skjern, coming off two relatively easy wins with a combined winning total of 31 goals, was able to take care of business and pick up two points and stay within reaching distance of KIF and BSV at the top of the table. Peter Balling of Skanderborg was the game’s leading scorer with ten goals.

Nordsjælland came into the game struggling, having only two points in the last ten games. Sønderjyske, on the other hand, surprising a few, currently sixth in the table, coming off a close loss to Danish power BSV. In a high scoring game, Sønderjyske was able to come out on top. Nordsjælland’s Michael Riis was the game’s leading scorer with nine goals

A clash of two teams struggling thus far in the season, knowing down the stretch games points from games like this can be very important. Århus, a top eight team from just a year ago have not found their form so far this year, losing four out of five games coming in this fixture. Skive, a team relegated to the first division last year, but due to AG Copenhagen dropping out of Liga, they were able to stay in the Liga. Skive comes in losing four in their last five games as well.

Jan Tromle, Århus’ keeper, was a big part in the five goal victory, allowing only nine goals in the first half to Århus’ eighteen. Leading the game in goals was Simon Birkefeldt, left back from Århus.