Dujshebaev put Spain in the third EURO final in a row! | Handball Planet 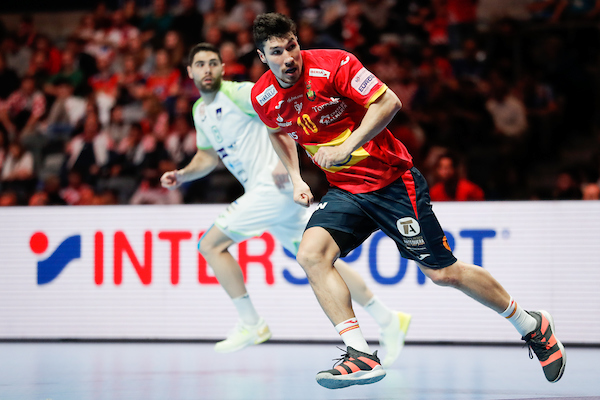 Spain will try to become the first team who defended EURO title in the history of the competition which began in 1994.

Slovenia came from -4 to 33:32 in the last minute of the second semi-final clash at Tele 2 Arena, but Alex Dujshebaev took responsibility for the last shot and did it on passive play 10 seconds before the end for the final result – 34:32.

This will be the third EURO final in a row for the Spanish team since Krakow 2016. The team of Jordi Ribera won it two years after in Zagreb against Sweden.