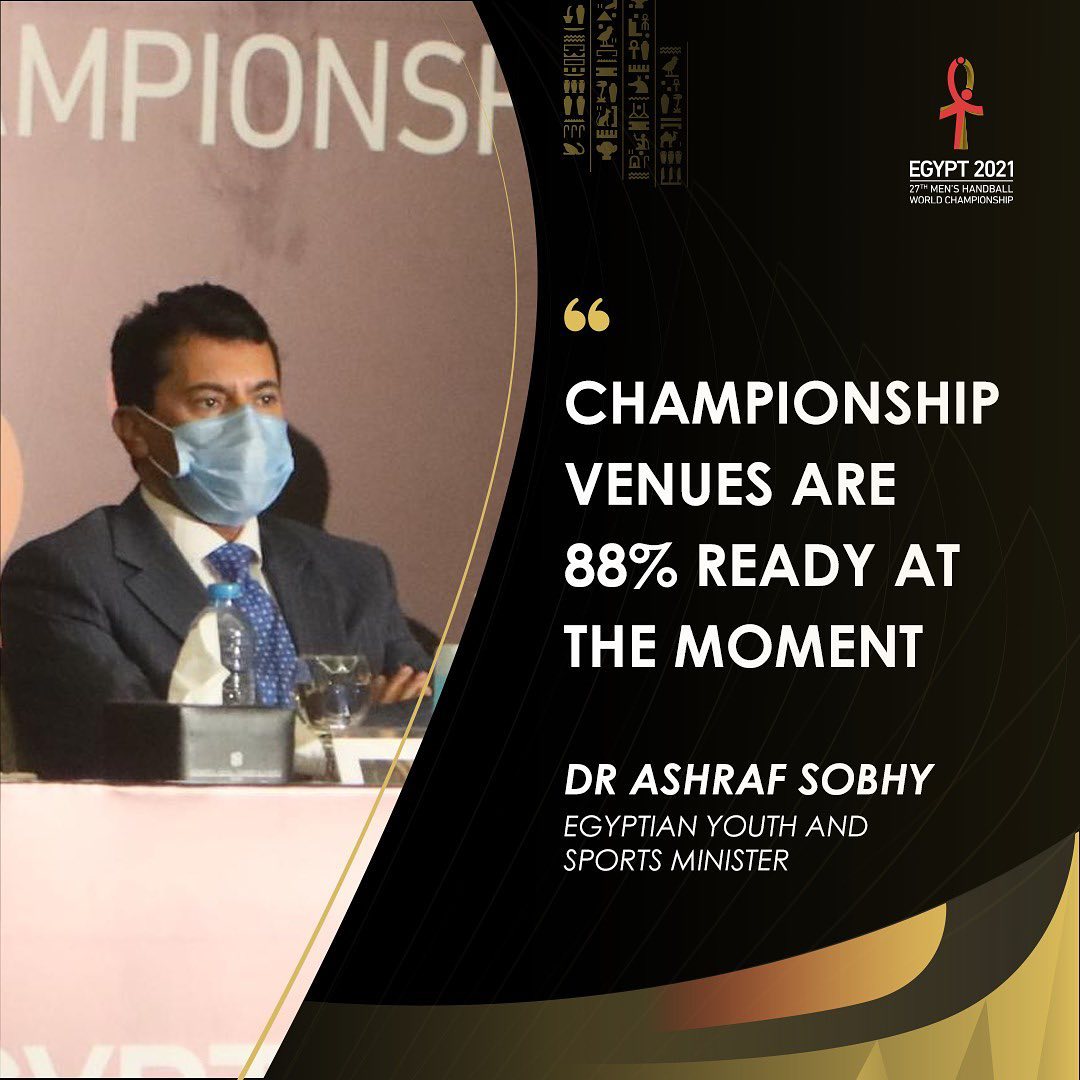 Everything is ready for the IHF World Handball Championship 2021 draw which will be held on Saturday, September 5 at 19.00 hrs at Giza Pyramids Plateau, starting at 19:00 (local time).

The 32 teams will initially be spread across eight preliminary groups, featuring four teams each. The top three teams in each group (24 in total) will then progress through to the main round, with the bottom team in each group (8) moving into the President’s Cup.

The 24 main round teams will be divided into four groups of six teams each with the top two from each moving into the quarter-finals, ahead of the semi-finals and final.

One team from pot 1, pot 2, pot 3 and pot 4 will be drawn into each of the eight preliminary groups, starting with teams in pot 4 being drawn into row 4, followed by pot 3 into row 3 and then pot 1 into row 1.

Once this part of the draw has been completed, Egypt, who are in pot 2 and row 2, then have the right as hosts to assign themselves to a group of their choice. After Egypt have decided which group they want to be in, the remaining seven nations are then drawn, completing the draw.

The draw event will be streamed live.