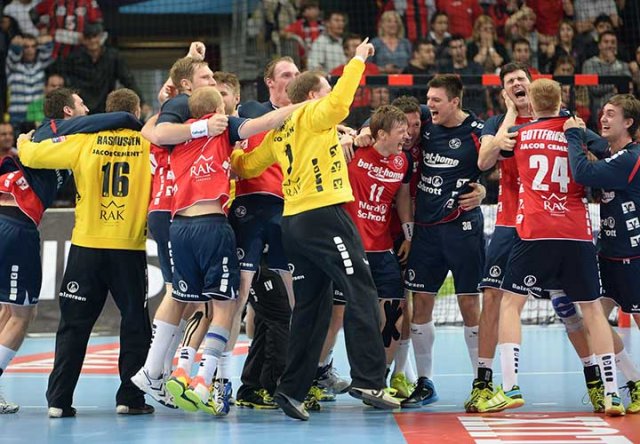 This is the third win for Ljubo Vranješ team, which lost two away matches in Kiel and Veszprem.

Danish SKJERN continued towards two best places in the GROUP D by beating Swiss Kadetten 30:24 (12:13). Hungarian star Gabor Csaszar was simply not enough to save his team from losing the second home match in European elite competition this season. He netted 11 goals, but Bjarte Myrhol (6) and his team-mates prevented home team from scoring in the last few minutes, when crucial series 4:0 was made for a Danish victory.