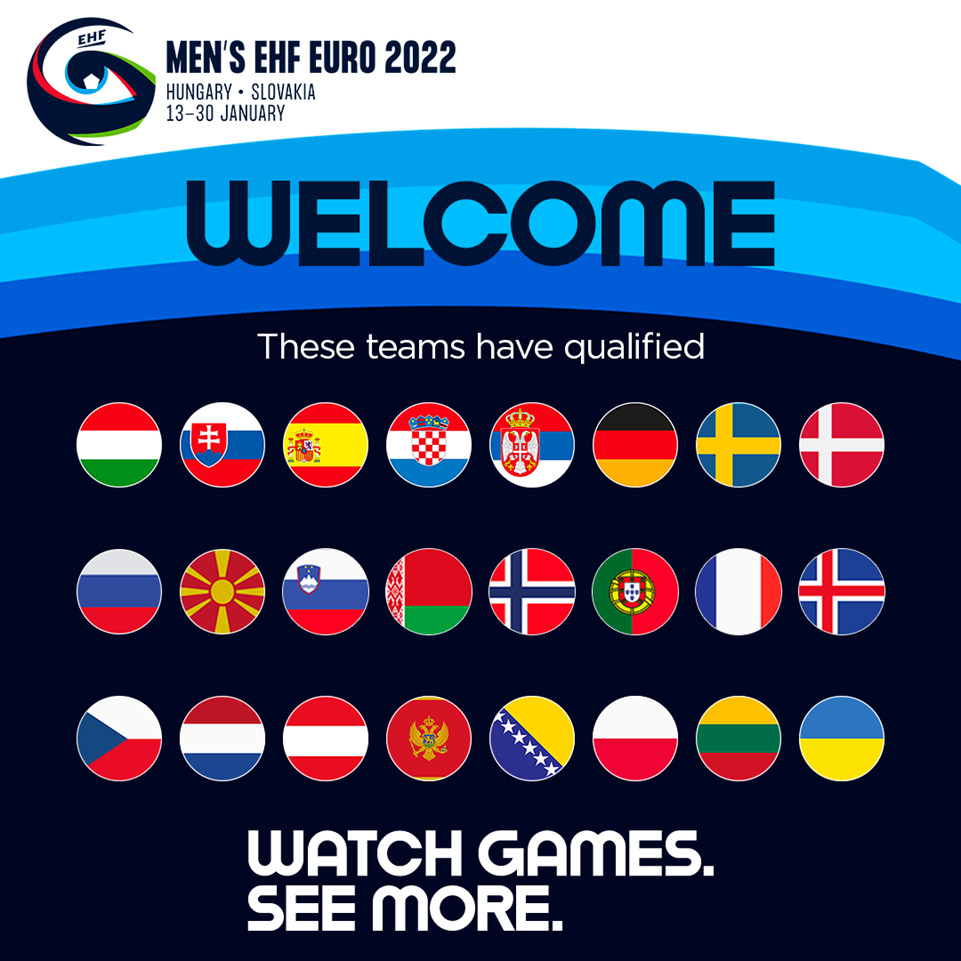 The Slovakian Organising Committee for the Men’s EHF EURO 2022 has informed the European Handball Federation on Saturday that the arenas in Kosice and Bratislava can be filled up to a capacity of 25% for all matches.

The news arrives five days before the first matches are scheduled for throw-off in groups D, E and F, the three groups set to be played in Slovakia.

All spectators will have to be vaccinated and wear an FFP2 mask at all times.

“We are extremely happy that such a capacity is confirmed in the current situation as the Slovak Republic continues to fight against the pandemic.”

For matches in Hungary, there are currently no limitations for spectator attendance provided that fans provide a valid immunity certificate that shows they are either recovered or vaccinated, or are in possession of a valid negative PCR test certificate which is not older than 72 hours. Furthermore, every spectator older than the age of six is obliged to wear a mask which covers nose and mouth at all times.

Men’s EHF EURO 2022 takes place in five venues across Hungary and Slovakia and gets under way on Thursday 13 January with nine matches taking place on the opening day of competition.

The event reaches its climax in Budapest with the final weekend which will see the champions crowned inside the newly constructed MVM Dome on 30 January.